An eight-acre garden features beauty at every turn. 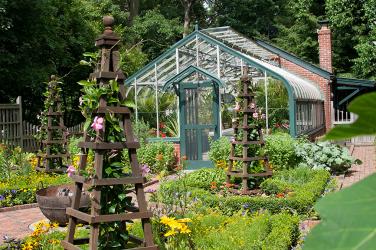 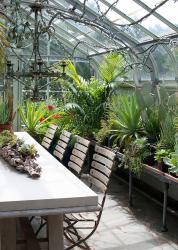 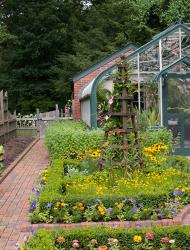 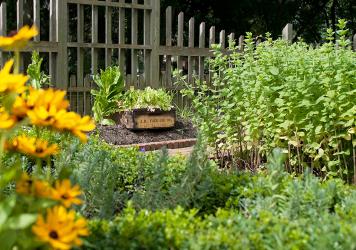 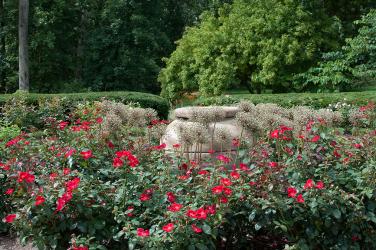 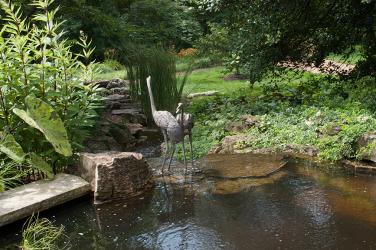 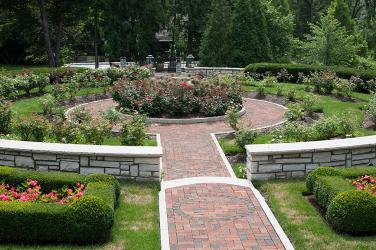 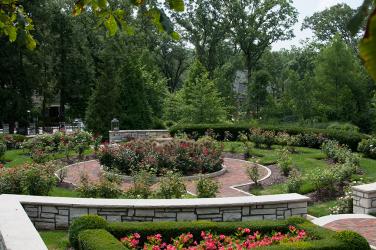 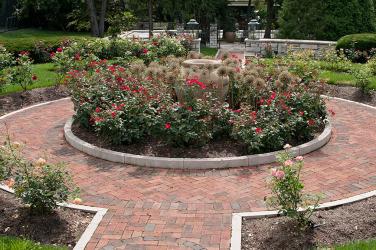 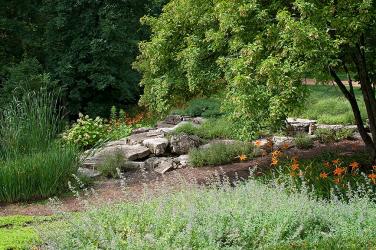 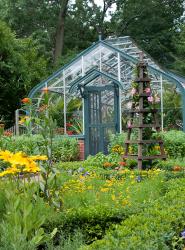 For Michelle, whose garden encompasses eight acres in the heart of St. Louis County, gardening is all about sharing. Whether it is three cuttings of special mint passed on to a fellow gardener, dinner in a succulent-filled greenhouse for family and friends or an invitation to the general public to view the garden as part of last year’s Nature Conservancy tour, she firmly believes the historic garden, of which she now considers herself the caretaker, is meant to be enjoyed by others.

Known as the Woodlands, the landscape dates back to 1927 when it was a 20-acre “country” estate used for hunting with a duck pond and a small creek running through the property. The previous owners of the property have all been avid gardeners, notes Michelle, who is a member of The Garden Club of St. Louis celebrating its 100th year in 2016.  The first specialized in iris; the second added a rose garden and numerous specimen trees and shrubs. Now down to eight acres, the property still includes the pond and the creek. It continues to have a country feel complete with a vintage greenhouse, vegetable and herb garden, chicken coop, rose garden and three dogs, two of which carry on the tradition of the Woodlands by being avid hunters.

Growing up, her two children now 22 and 20 “have used every inch of this property,” she says with a smile. “It is teaming with life in spring, summer and fall. We have a very vital little eco-system including a great-horned owl, a den of red-tailed foxes, raccoons, ducks, a wide variety of birds and even a little goose family that comes back every year.”

In the 14 years she has lived on the property, Michelle has cleared the pond and stream, renewed the rose garden and added the English kitchen-garden-style vegetable and herb garden, interspersed with cutting flowers…plus the four-chicken coop.

The rose garden has provided the most consternation. Modeled on the rose garden at the Missouri Botanical Garden with a concentric-circle design and installed by a previous owner, Michelle felt personally responsible when individual plants did not respond to her TLC. “The Missouri Botanical Garden is such an incredible resource,” she points out.  “I finally called David Gunn (the garden’s rosarian) and set up an appointment. I learned so much from him; more than I could have ever learned from a book.”

She also learned that roses could be tricky, temperamental and adversely affected by weather. “When my roses looked terrible, I would go to the garden, look at their roses and feel better when their roses didn’t look all that good either.”

In 2014, Michelle renovated the rose garden, planting the more tricky hybrid tea roses  (mostly English David Austin’s) at the center of the circle and easier-to-grow shrub roses in the wider circle. “You can’t grow all hybrid teas,” says Michelle laughing. “You would never be able to do anything else.”

Eight years ago, Michelle called on Rand Rosenthal of Rand Rosenthal Design Group for some assistance with the garden and the two clicked immediately. For the past 20 years, since visiting Lotusland, a historic estate and botanical garden near Santa Barbara, CA, Michelle has had a love affair with succulents and desert plants. Rand has a similar passion.  “There are so many inherently wonderful things about succulents,” Michelle says. “They survive anything. You can forget to water them and they are fine. So many of them are unique; some of them actually look like they could be from outer space.  They have their own little personalities. They flower beautifully and they all look good together in combination. They are great in containers.” Michelle estimates that the greenhouse currently contains 40 plus different varieties of succulents.

Rand concurs. “We have agaves in the majority of urns during the summer, and we don’t have to change them out all the time. We can put them in containers in April; they stay until November, and they always look great.”

In addition, the two were in-sync in their interest in herbs and heirloom vegetables and flowers. Michelle dreamed of creating a kind of kitchen garden adjacent to the existing greenhouse and Rand was just the person to take her thoughts and augment them. His stepson Michael Gallina was a chef at the internationally acclaimed New York state restaurant Blue Hill at Stone Barns, located at an old dairy farm and specializing in farm-to-table meals. “Rand gathered a lot of ideas from there and brought them back to me,” Michelle says. “Rand and I are great collaborators,” she adds. “I can suggest something and he knows where I am headed with it.” (For St. Louis foodies, Gallina has returned to his hometown and will be working his magic here in the coming months.)

The chickens have brought a particular delight to Michelle. “They have distinctive personalities,” she notes. “There is a real pecking order. One gal really rules the roost,” she says laughing. “It is funny how all those old sayings make sense when you have chickens.”

She also loves the fresh eggs and being able to pick and eat vegetables directly from the garden. “I would never call myself a great cook,” she says. “But I find ways to incorporate everything we grow in the garden into food for the table.”

When Michelle thinks of her love of the Woodlands acreage and gardening, she wonders if it might be in her genes. “I had a great grandfather who went to medical school in St. Louis and then went out to Fort Scott, KS, and became a country doctor and a farmer,” she notes with a smile. “Growing up we had a small vegetable garden. When I was out of college and on my own, I always grew herbs in pots on my kitchen windowsill.”

The magic of gardening to her, she suggests, is in “watching something small that needs your help to mature and then see it be able to stand up on its own. It’s somewhat like raising children. It is very fulfilling to watch things grow and flourish.”