A walk through Shoenberg Temperate House is a lovely respite from the blustery St. Louis weather. 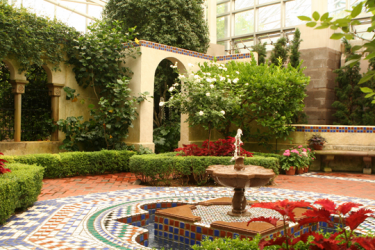 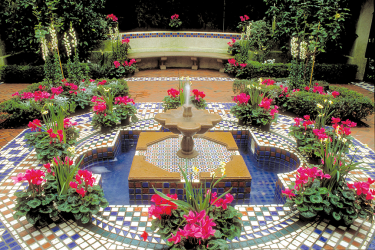 A walk through the Shoenberg Temperate House is a lovely respite from the blustery St. Louis weather.  Dedicated in March 1990, the building replaced the 1913 Mediterranean House on a site just north of the Climatron® geodesic dome conservatory.  Boasting 8,900 square feet of space, it displays warm temperate-zone species requiring special protection from our St. Louis winters. The largest portion of the house features species from five widely separated regions of the world known for their “Mediterranean” climate, chiefly characterized by warm, dry summers and cool, moist winters.

Features include a Moorish walled garden reflecting major elements in the history of formal design, important economic plants, such as olives, figs, carob, grapes and cork oak, a “Plants of the Bible” area and a large bog display of carnivorous plants from the southeastern U.S., including pitcher plants, flytraps, butterworts and sundews. An additional element of interest is an antique portico overlooking the Moorish garden, once the facade of St. Leo’s School in St. Louis. This portico was the work of the sons of George I. Barnett, a local 19th century architect who designed several historical buildings on the Garden's grounds. During this holiday season, why not plan a visit with out of town guests to visit this little slice of the Mediterranean?