They came, they saw, they poured the wine. Cooper's Hawk swoops in to bring together the complete winery and dining experience in one Town and Country perch. 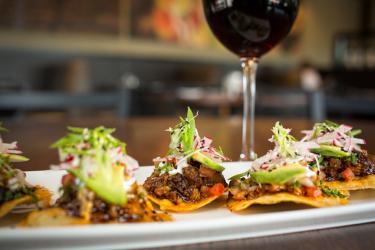 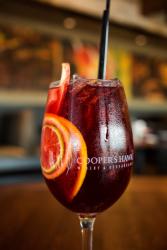 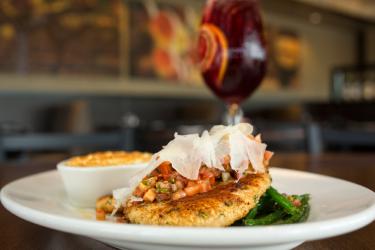 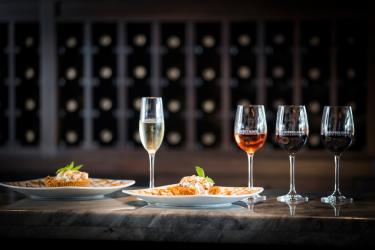 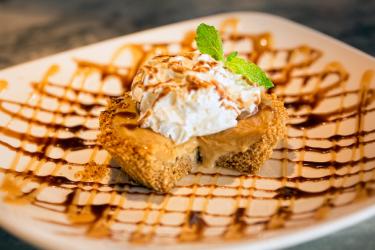 Conceived by Illinois wine enthusiasts Tim and Dana McEnery, Cooper’s Hawk marries the full-fledged winery – tastings and all – with a full-service restaurant. From the original location opened in 2005 in Orland Park, Ill., the concept has expanded to 15 winery/restaurants throughout the Midwest, including one in Town and Country, ideally situated equidistant from the Missouri wine country hubs of Hermann and Ste. Genevieve.

“Everything is created with the wine in mind – that’s what Cooper’s Hawk is known for,” explains Jason Longfield, chef at the Town and Country hotspot. “The food certainly stands on its own – we have great food, whether you plan to pair it not – but the wine complements it and enhances it.”

The menu runs the gamut from Italian-inspired dishes to others that lean decidedly Latin. “It’s a very eclectic menu – very expansive,” Longfield says, singling out the wildly popular Asian Pork Belly Tostadas appetizer. “It’s made with White Marble Farms pork belly, which is just the best pork belly, braised with star anise, cinnamon and some Asian flavors. …We probably serve more tostadas than almost anything else.”

That eclecticism is a good fit for Longfield, a St. Louis native weaned on his Italian grandfather’s Mediterranean tastes and mother’s frequent market stops on The Hill. He studied both culinary arts and business at Johnson & Wales University in South Carolina, and then opened Fisherman’s Quarters with a classmate fresh out of school. After later opening several restaurants for Nordstrom in L.A., he returned to The Lou, first with The Cheesecake Factory and then at Bristol Seafood Grill (he opened the Winghaven location), before landing at Cooper’s Hawk last fall.

The multi-region experience gave Longfield a firm grasp of how, and where, ingredients are best sourced to coax the most vibrant flavors out of every Cooper’s Hawk dish. “Ingredients are sourced where they’re best, wherever that is at a given time,” he says. “Like, Chicago is known for its meat, so the steaks come from Chicago. Then, we source locally when we can.”

Dana’s Parmesan Crusted Chicken: The breading on this chicken gets its crunch from a mix of Parmesan and panko. It’s seared and served with a drizzle of beurre blanc (lemon-butter sauce) and a shredded potato-and-white-cheddar casserole baked with a cheddar-panko crust.

Banoffee Pie: A homemade graham cracker crust is layered with bananas and a toffee filling made from caramelized condensed milk, then finished with fresh whipped cream.