Something to Bark About 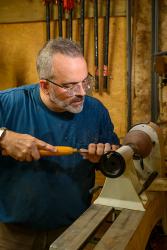 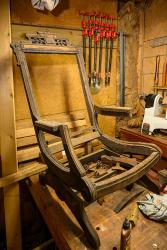 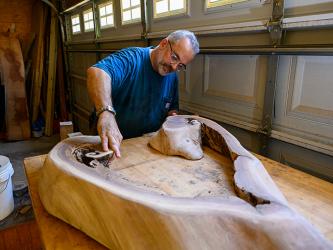 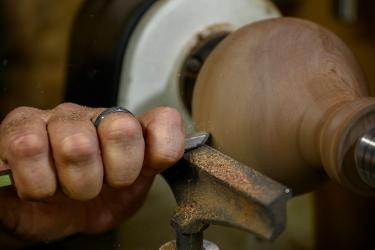 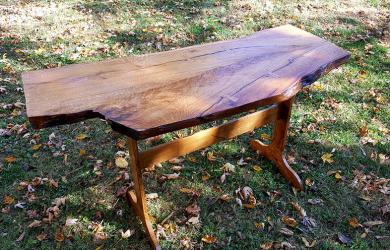 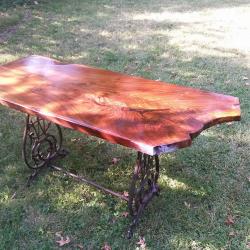 Woodworker Stephen Musial of Webster Groves often uses native Missouri wood to make objects from pens to home furnishings and accessories like charcuterie boards, cabinets and tables, but his work has included influences including family, steel in Pennsylvania, connections to Japan and the battleship USS Missouri.

“I’ve been involved with woodworking all of my life; my grandfather was a woodworker, and he was a pattern maker in a steel mill in Pittsburg, making wood patterns for the molds used in the mill. I learned from him and progressed on my own, and that’s how I got into it,” says Musial.

For a time, Musial stepped back from woodworking as he studied architecture and began a career designing swimming pools. He decided to get back into woodworking in the early 2000s, taking on what he refers to as “handyman work.” He began building items like cabinets around Webster Groves.

In 2012, Musial acquired some teak wood used on the deck of the USS Missouri, the ship on which Japanese officials surrendered, ending World War II. Musial’s father was once a Marine who’d spent time aboard the ship. Musial used the teak wood to make pens, which he donated to charity auctions and retired Navy personnel instead of selling.

However, Musial was involved in a car accident in 2016 resulting in  a traumatic brain injury. After the accident, he spent time relearning many of his woodworking skills; while doing so, he found one of his new inspirations in the woodworking world, George Nakoshima. Nakoshima (a Japanese American who spent time in an internment camp during World War II) was known for making large wood tables with smooth tops with “live” natural edges, a style Musial quickly adapted for his own work.

Musial notes that he considers his work a “labor of love,” which he hopes continues to positively affect his family and community. One way he plans on showing his support for the community is through continuing an Eagle Scout project his son began before the pandemic where he donated a number of wooden hearts to St. Louis Children’s Hospital. These hearts went to grieving families and acted as a reminder of lost loved ones. Musial learned recently that the hospital is running low on them and is planning on making more to help continue his son’s good work.  To learn more or support Musial, visit him at  [email protected].