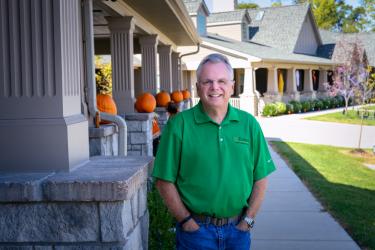 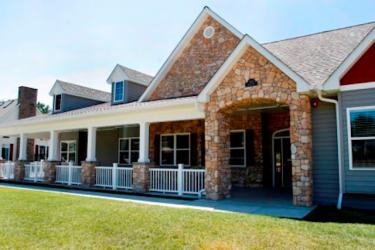 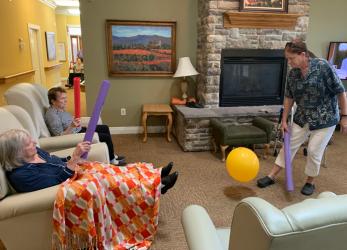 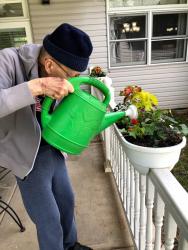 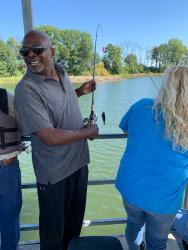 More than six million Americans are currently living with Alzheimer’s disease and other dementias. Locally, the Greater Missouri chapter of the Alzheimer’s Association supports more than 120,000 in our region. The number of older adults diagnosed and living with dementia diseases has drastically increased. The need for safe and supportive care facilities as well as resources and support for families of those diagnosed with dementia has never been greater.

Tim Dolan has dedicated much of his adult life to fighting for better care for these individuals and their families. A pioneer in Alzheimer’s care pushing to change state legislation to create more innovative long-term care options for Missourians, Dolan has altered the perception of the disease while fostering better resources for all.

Dolan’s passion for reform came after searching for long-term care facilities for family and being stunned by the lack of options available. Traditional facilities were not patient friendly with long hallways, nurses stations and locked-down wings. He decided that he could do better. “Everything we have we owe to our elderly,” he says. “They laid the foundation for us today.”

Dolan’s vision was to build small households within residential communities to accommodate 10 or fewer residents. In patients with memory impairment, a smaller setting within a community where residents can visit neighbors, spend time outside and go on walks is more effective in managing the disease. He researched all he could about environmental design and care techniques to develop a new model of care and collaborated with a facility in Ohio that was beginning to change the way things were done.

In 1993, Dolan found a piece of property and began rehabbing the home to fit his new care model called Dolan Residential Care. Within two weeks the home was full of committed residents. However, before anyone could move into Dolan’s second project, it came to a halt. He didn’t anticipate the lack of awareness that existed with the illness within the community. After nearly four years of legal battles, he was victorious in being allowed to proceed with his residential building.

While his company was successful in moving forward, legislation in Missouri was making it difficult for alternative care options to provide for residents dealing with memory impairment. Not only were lobbyists able to put a halt to adding new beds built in St. Louis without a certificate of need, but the nursing home industry aimed to block new-age care facilities by implementing rules in order to stay in a residential care facility. If residents couldn’t make a pathway to safety they were required to be discharged to a nursing home.

Dolan forged ahead through the roadblocks by fighting for changes to legislation in Jefferson City. First, he was one of two facilities in the area chosen to be part of a pilot program designed to investigate new care techniques and new environmental designs to care for people suffering from Alzheimer’s and dementia. Through this program he was able to develop three state-of-the-art households that included numerous innovative techniques for the cognitively impaired.

Dolan also testified at various senate meetings and eventually partnered with Senator Bill Stouffer on his Senate Bill 616, which would create another category of licensure for care facilities that would be called “assisted living option.” It created a plan for evacuation so that residents who couldn’t make a path to safety could stay in smaller care environments. It took three years to pass, but the bill opened up opportunities for people to chose all different places for long-term care.

Following the passing of the bill, Dolan was honored to be selected by the governor to be a member of the Missouri State Alzheimer’s Task Force representing long-term care in the state. The task force’s duties were to identify how the disease affected Missourians and how the state could better serve the families of those affected with the disease.

Through it all, Dolan has persevered to make a difference in the lives of those affected by memory impairment. Dolan Memory Care Homes now has 17 households in the St. Louis area, including two subdivision communities with multiple residences. The person-centered care approach provides a safe, secure home where strengths are embraced and independence is encouraged. Residents are able to participate in their own care and to be involved in the day-to-day operations of the home through activities of daily living such as setting the table or helping to prepare meals.

Today, Dolan Memory Care Homes has become the gold standard in the industry, with others trying to emulate their care practice in their own cities. Through his decades long journey, Dolan is most proud of being able to make a difference in the lives of those who are struggling with this horrible disease by doing the best possible job he can do for those families, he says. “I think what we’re doing here has really helped the industry recognize that there is more to taking care of people than just putting up a building and putting them in it,” Dolan says. “There is a lot of thought that needs to go into taking care of folks and doing it right. We are pushing the envelope, and we are forcing people to get better.”