Center of the Home

A kitchen remodel was designed with family in mind. 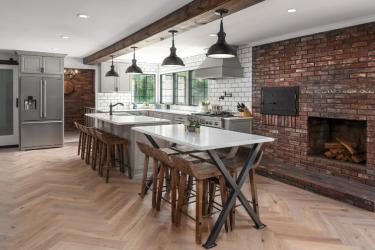 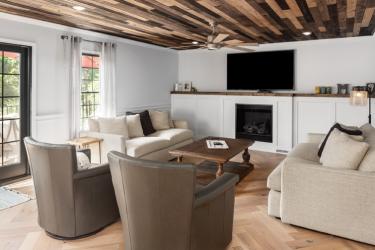 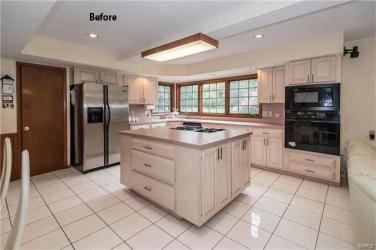 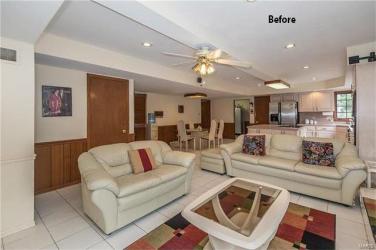 For Luke Morgan, family and business have always gone hand in hand. As a third generation builder, he learned the basics of construction and remodeling from his dad, Terry. Now president of his design build firm MorganCo, family is still at the forefront in his business with Terry serving as a skilled carpenter and mom, Chris a skilled painter.

It should come as no surprise that when Luke and his wife undertook a complete remodel of their newly purchased Chesterfield home, once again family would play an integral role in the design. Originally marketed as a tear down, the home they purchased was unkept and hadn’t been touched in 45 years. But instead of tearing it down, Luke and his wife knew that with Luke’s 13 years of experience in the industry they could save it. All materials were ordered before they even closed on the house. And because the family lived in the basement while renovating the upper levels, Luke worked tirelessly to complete the remodel in just two months. Everything was taken down to the studs and new plumbing, electrical, HVAC and drywall were installed.

There was no question that the kitchen would be the center of the home. With a large extended family, the new kitchen design would have to be open to the living room with plenty of space for family gatherings. Morgan installed a French white oak solid hardwood in a herringbone pattern throughout the kitchen and living room. New Andersen A-series windows were installed with a black-on-black look. Dove gray cabinetry and white quartz Caesarstone countertops along with the wrapped wood ceiling beam and industrial pendant lights achieve the classic, modern style the homeowners wanted for the space. Morgan installed a crisp 4x8 white subway tile with black grout lines to define the kitchen area.

Instead of one large island for the space, Morgan made the decision to create two smaller islands. “We wanted a super large island that could accommodate seats for all of our extended family,” he explains. “I decided to break up the space with two islands to give the space another design element and also so that we would not have to walk all the way around the island to get to the other side.” The table-like island features the same quartz as the rest of the kitchen, and Morgan custom welded the table legs.

One of the most unique elements of the new design is the brick fireplace wall. The original fireplace in the living room was much smaller with a marble surround and mantel. As they began removing drywall from the fireplace façade, Morgan noticed the exposed brick. “We then dug further and found an old bread oven to go along with the firebox,” he explains. Morgan cleaned up the brick along with doing some work to the pre-existing bread oven, which he had converted to a working wood-fired pizza oven. A blacksmith custom-created the door.

Since most of the kitchen walls had windows, Morgan knew the space needed more cabinetry for storage, upper cabinetry to be specific. He converted an unfinished space off the kitchen into a butler’s pantry for more countertop and cabinetry space. “The kitchen has over 120 square feet of countertop space,” he says, which is perfect for prepping dinners and baking cookies.

Brick tile was added to the butler’s pantry to match the fireplace wall. The same dove gray cabinetry as the kitchen also keeps consistency between the two spaces. A wine barrel tap with their favorite spirit and a reclaimed wood ceiling to match the living room finish out the space.

Designed with family gatherings in mind, the new kitchen is now bright, open and functional. The remodel is a shining example of MorganCo’s motto, “Building is our craft. Design is our passion.”