See one of Missouri’s rare native beauties at the Missouri Botanical Garden! 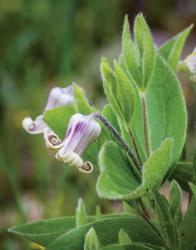 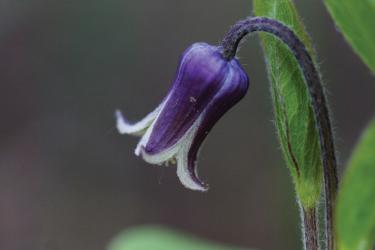 Fremont's leather flower is a clumping, herbaceous perennial native to rocky prairies and bluffs in only a few areas of the United States. In Missouri, its state conservation status is listed as "vulnerable" since it has only been found in seven counties, making it one of Missouri's rarest plants. Additionally, it is the only non-vining species of clematis native to Missouri. It forms dense, upright clumps instead of having long, twining stems. The leaves and stems have a layer of hairs, giving them a soft, fuzzy texture. The nodding blooms are bell-shaped and white to purple in color. As the flowers fade in summer, they are followed by round clusters of brown seeds with spindly tails called beaks. Fremont's leather flower is a unique, native clematis perfect for a sunny spot in any St. Louis rock garden.

Bloom time: April to May

Can be found: The Missouri Botanical Garden | Bavarian Garden & Shaw Nature Reserve | Maritz trail house on the wildflower trail, hiking through the glade, south of the restrooms near the pavilion.