The Persian ironwood tree of Iran brings its mottled bark and beautiful fall foliage to The Missouri Botanical Garden. 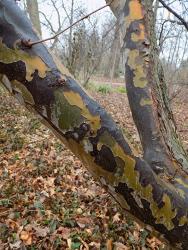 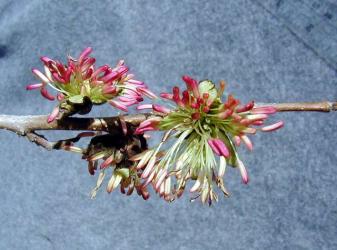 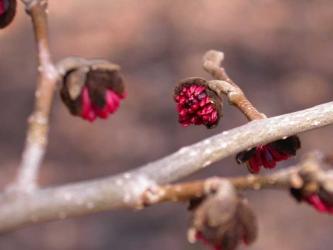 Persian ironwood is a small-to-medium sized deciduous tree native to the biologically rich Hyrcanian forests of northern Iran. It is considered to be a tertiary relict species that are survivors of a population that was once more widely distributed in the Northern Hemisphere during the Tertiary period (65-15 million years ago). The species is considered to be "near threatened" in its native range due to its limited distribution.