Putting the Puzzle Together 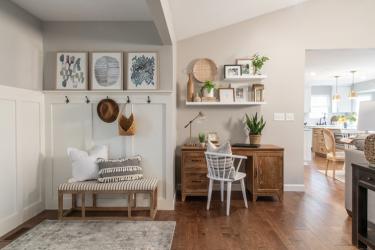 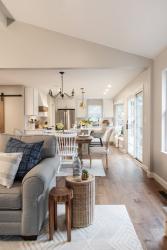 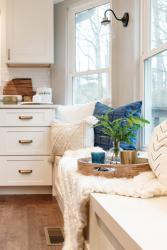 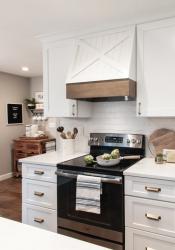 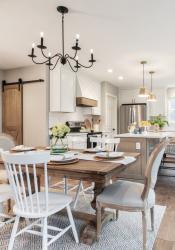 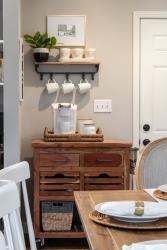 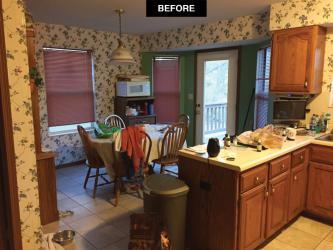 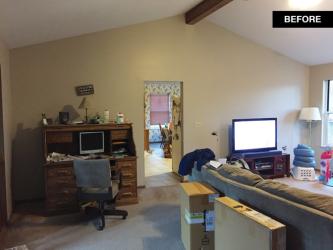 Stephanie Pohlman laughs that her parents’ kitchen has been outdated since they moved in 25 years ago. “Think floral wallpaper, oak cabinets and a big soffit,” she describes. With all of their children grown and out of the house, John and Sue Rasch were ready for a freshening up.

With a door and window that looked out to the couple’s beautiful back yard, Stephanie knew the space had a lot of potential with natural light to make it feel bigger. One of the top priorities for the remodel was to create an open feel, which they achieved by knocking down a wall that separated the kitchen from the living room. “I wanted to be able to entertain easily, and it was so hard with the wall separating the two spaces,” Sue explains.

With the wall gone, the biggest challenge came in figuring out how to make the two spaces work together as one. Stephanie and her father, John, who is an engineer, had fun figuring out how to put the puzzle together. The two spent months creating and perfecting AutoCAD drawings until they found the right layout to accommodate both kitchen and living space.

The final solution was to move the kitchen to the back of the open area and relocate the pantry and laundry room while also adding sliding French doors to bring in natural light and make the outdoor space more usable. With their plan in place, they began picking out the design details to bring the vision to life.

Stephanie says her mom’s biggest requirement was to keep the kitchen bright and happy, so she incorporated natural wood, lots of white and cream tones plus brass hardware. “We were drawn toward a coastal/farmhouse look,” Stephanie says. The designer created a 3D drawing of her design as well as an inspiration board to help her parents visualize the final outcome. Sue says she trusted her daughter’s decisions 100 percent. “It was a learning process but also a lot of fun to see Stephanie’s ideas,” Sue says. “She really took into consideration what I described and turned it into exactly what I wanted.”

Kitchen cabinetry was selected first, and Stephanie says finding the natural wood island cabinetry gave her the most inspiration and drove the rest of the design choices. The perimeter cabinetry is white with a white subway tile for the light, bright look Sue desired. The custom range hood is trimmed in natural wood to complement the island and features an “x” detail for a farmhouse flair.

The bay window used to have a door to the deck, but the designer changed the space to all windows and added a picturesque window seat with bench seating that includes storage underneath, which Sue says was so important since they lost the wall in the kitchen where cabinets and storage once were. The spot is also one of Stephanie’s favorite features in the kitchen. “I always envisioned my daughter and all the grandkids sitting in the window seat watching my dad cook,” she says.

Sue loves the French doors as they bring the outdoors in and allow guests to easily access the deck. Separating the new kitchen and living room is a dining space with a new farmhouse-style table and chairs.

Stephanie says they really thought of everything for this space, which, she adds, wasn’t your typical remodel. Moving the kitchen into the back of the area meant relocating the laundry room and pantry. Putting the puzzle together took time, but in the end Stephanie says they “utilized every inch of space we had.” And Sue agrees. “Every day when I walk out of my bedroom into the kitchen and living area, I just smile,” she says.