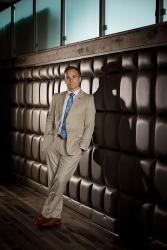 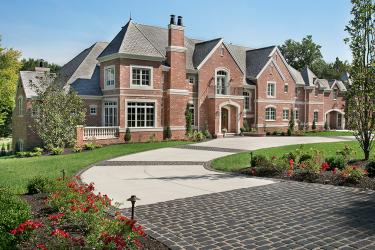 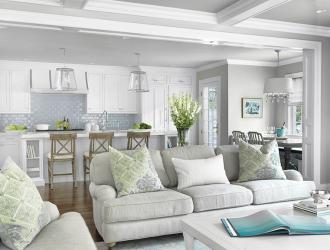 Tom Wall became an owner of Mitchell Wall Architecture & Design in 2011. He is responsible for design and implementation as well as strategic planning. Tom is a registered architect, a member of AIA and certified with the National Council of Architectural Registration Boards. He received a bachelor of arts from Cornell University in Ithica, NY, and holds his post-professional master of architecture from the University of Kansas School of Architecture. Tom has traveled extensively through central and eastern Europe, which has contributed to his design aesthetic. While abroad, Tom spent six months studying furniture design and fabrication as well as Scandinavian architecture in Copenhagen. He has won numerous awards, and some of his firm's top public projects include the Whittemore House at Washington University and Parigi restaurant. Tom is an active board member of the Haven of Grace and is currently the co-chair for the upcoming St. Louis Public Library Gala.

SLHL: What has been the best compliment you've received in your career?
Tom: A prominent St. Louisan recently tasked me to design his mausoleum to be built in Bellefontaine Cemetery. A person trusting you to design their home is a huge responsibility, but being asked to design their family's final place of rest for generations to come is just about as flattering as you can get.  Especially when it is going to be in such a historic and picturesque place as Bellefontaine.

SLHL: Tell us a story from your childhood where your creative design genius kicked in.
Tom: When I was in first grade, I constructed a scale model of Shakespeare's Globe Theatre using only photographs and drawings from the encyclopedia. It was highly detailed, complete with canted stage, benches and even a set. I was always building planned and detailed snow forts or turning my room into a giant spider web that would support a child's weight using only my mother's really expensive yarn and some carefully placed furniture and push pins.

SLHL: What does it take to achieve a high level of success before 40?
Tom: The faster you want to go in a career, the more risks you have to be willing to take.  I have taken any number of very large calculated risks in the last seven years: be it from paying for the newest technologies to taking on jobs that might be beyond my scope of comfort. But with great risk comes great reward.

SLHL: What is your favorite spot in St. Louis and why is it your favorite?
Tom: I am an absolute maniac for historic architecture in St. Louis.  I love to imagine the way the city used to look around the turn of the 20th century.  One of my favorite places is Grand Center.  I love the grandeur of The Fox Theatre, the delicate nature of The Continental Building and the duplicity between Powell's exterior and interior.