Always willing to be hands-on working in the dirt, Debbie Jacobs has worked hard to transform her Ladue garden. 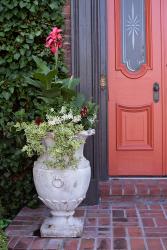 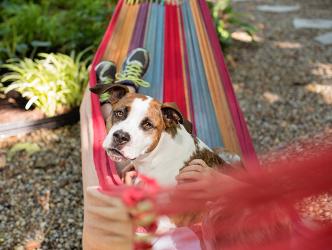 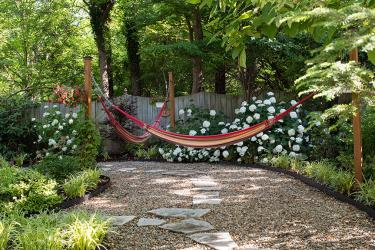 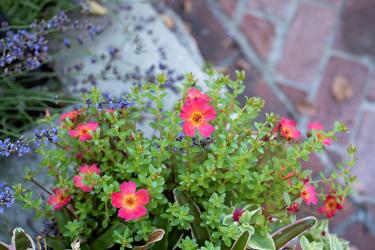 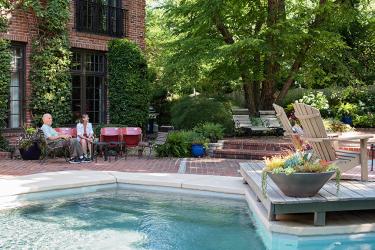 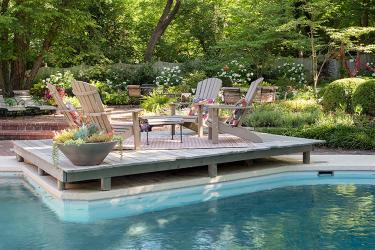 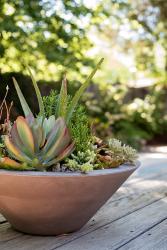 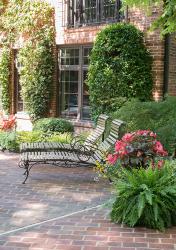 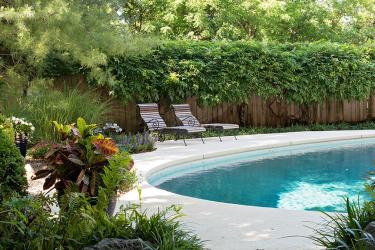 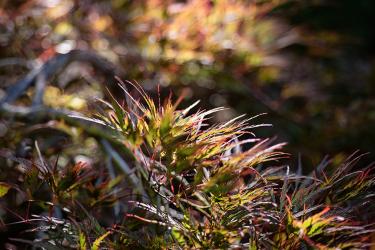 Debbie Jacob’s enthusiasm is infectious. It boils over when she begins to talk about her garden.

Therefore, it isn’t surprising that participants in the ballroom dancing class she was taking a few years ago at the Creve Coeur Government Center would know of her passion for plants and her struggle to transform the garden of the Ladue home she and her husband Don had recently purchased.

“When we first moved in there was a koi pond,” Debbie relates. “We had three young kids and two dogs, and I didn’t think I needed a koi pond.  I hired a landscaping contractor and it just didn’t work out, so I was trying to do things on my own. One morning I got a call from a very nice man in my dance class, Jay Cohn, who was taking the class with his wife Marilyn.

“He said, ‘Debbie can you come over to my house right now. There is someone here you need to meet.’ He wouldn’t tell me who it was. When I got there, I discovered it was Bob Dingwall!”

Debbie emphasized the name in a voice that others might use if Elvis Presley or George Clooney had been ensconced the Cohns’ living room. The well-known but by then retired chief horticulturist at the Missouri Botanical Garden was doing a bit of garden consulting in his retirement and was talking gardening with the Cohns.  They immediately decided Bob was just the person to help Debbie.

So did Debbie. And he was. “I just adore Bob,” she says emphatically, noting that the admiration she has for Bob was immediate and never faltering. He, in turn, was charmed by her enthusiasm and her willingness to be hands-on in the garden. “I don’t wear nail polish, and my fingernails don’t look good,” she says with laugh. “My hands are always in the dirt.”

A willingness to work aside, Debbie was determined not to over-do it. “The first thing I told Bob was that I needed low maintenance,” she emphasizes. “I can’t have any froufrou plants. I don’t have time for froufrou.”

She also wanted to work as much as possible with the existing framework of the garden, which included a swimming pool, dock-like deck next to the pool, brick patio, gravel pathways and large posts anchoring hammocks. What needed to be transformed were the planting beds and the borders surrounding the yard.

Along the privacy fence at the outer edges of the garden, Bob and Debbie settled on three different, white-blooming hydrangeas: ‘Little Lime’, ‘Incrediball’ and oakleaf, with slightly different bloom times, so something would always be in flower.  “That’s the shadiest part of the yard,” Debbie notes, “and the white really makes the perimeter pop at night.”

Along the walkways, lirope/monkey grass, epimedium/bishop’s hat, ajuga and hostas provide not just ground cover, but a symphony of different textures and varying colors of green. In one area near the pool, a curve of gray-green lavender cascades over a garden wall.  While the landscape includes traditional spring flowering dogwood, Bob suggested to Debbie’s delight a Japanese/Chinese kousa dogwood, which features star-shaped white blossoms against dark-green foliage, and blooms later than native dogwoods.  They also recently planted a katsura tree with heart-shaped leaves that change color spring through fall.  While none of the plants are hard to grow, the beauty and serenity of the colors and textures gives the garden a rich, elegant appearance.

Debbie’s favorite perennials include long-blooming ‘Becky’ daisies, ‘May Night’ salvia (I can get three seasons of bloom by dead heading them, Debbie notes) and ‘Autumn Joy’ sedum. “Bob taught me to pinch the sedum back about half way in early summer so they don’t get so leggy and flop over in the fall.”

Another tip from Bob that she treasures includes feeding azaleas and evergreens with Epsom salts (magnesium sulfate) and “not just at the base of the plant,” she notes, “but outside in the grassy areas where the roots extend.”  She also values his advice to get a professional strength pre-emergent such as Preen Supreme that prevents sprouting weeds for eight months rather than three or four months.

Throughout the process, Bob has been a constant advisor and initially, his grandson, also Robert Dingwall, who had a landscaping business, helped with the project. Soil preparation is the most important element in gardening, Bob emphasizes.  “It will always save money down the road.” A well-designed garden, he adds, should not reveal everything at once.  “When you come in to take a stroll, you should be intrigued; want to see what’s around the next corner.”

When Bob’s grandson Robert Dingwall closed his landscaping business, Debbie turned to Justin McCoy of Ground Up Garden Design for help every few weeks with her garden maintenance, and she also treasures a tip she got from him. Justin’s advice was “to place your colorful annuals in the areas you sit the most and see the most” such as your patio and the doorways and walkways in and out of your home. Putting them throughout your entire yard “gets so expensive, and it is really not necessary,” Debbie agrees.

Containers supply much of the color around Debbie’s patio and doorways.  “I love cannas,” she says. “They give you such a big pop; so much bang for the buck.” She also has fallen in love with the huge, lance-shaped, variegated leaves of the ginger plant. “I will always have a jar reserved for one; they are stunning.” In areas that don’t get a lot of sun, she loves to enhance ordinary hanging baskets of Boston ferns with battery operated LED twinkle lights.

Recently, she has delved into combinations of the many different varieties of succulents, particularly in the dock-style deck by the pool.  “It’s great. You only have to water them once a week. I’ve really gotten into trailing succulents and for the first time, I’m trying to over-winter them so we will see how that goes this spring,” she says.

Debbie’s enthusiasm for gardening is on-going and she’s constantly looking for new tips and ideas.  She and Bob are currently working on screening the south side of her corner lot with a combination of stately, evergreen arborvitae; feathery nandina domestica, a bamboo-like evergreen featuring lilac-like white blossoms and bright red berries; and smaller, mounding contoneaster with pink flowers followed by cranberry-colored berries. She is quick to take a picture if she sees intriguing plants while she is walking the dog or running errands in her car.

“Some people have those bumper stickers that say, ‘I brake for yard sales,’” she says with a laugh. “I should have one that says, ‘I brake for landscapes.’”