Take a look outside every window in this Town & Country home and you will catch a picturesque view. 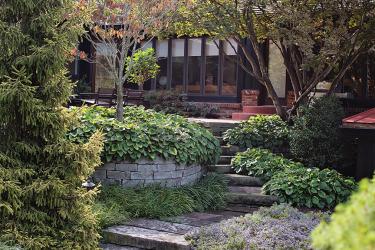 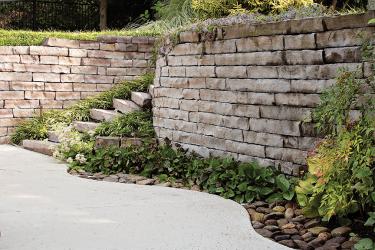 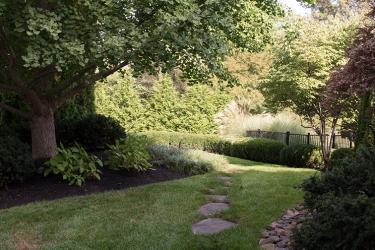 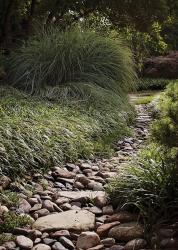 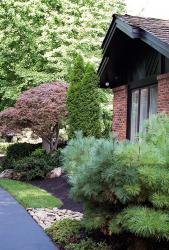 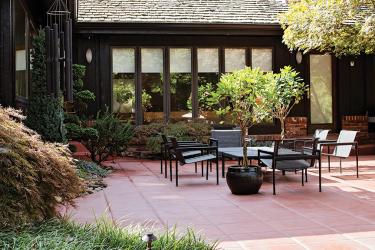 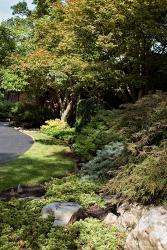 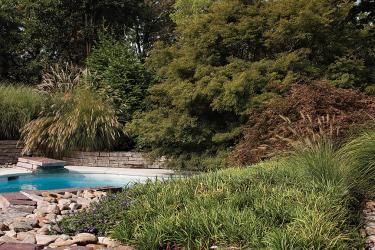 Steve Schultz didn’t ask it in so many words, but landscape designer Jim Graeler knew what he was thinking.

It was 21 years ago and Steve had just purchased a contemporary, window-filled home on a one-acre lot in Town & Country. He knew he wanted landscaping that reflected the home’s sleek lines; an outdoors that would become an asset to the home’s interior. To acheive the look, he turned to Jim.

Now, over two decades later, the two are still working together to make occasional landscaping tweaks, and “it’s almost as if (Jim) painted a picture outside of every window of the house,” Steve says with a note of awe in his voice. “I can look out the living room and see a beautiful individual design and look out of the dining room window and see something totally different.”

When the two began the project, Jim’s palette was almost non-existent. He was working with a few old trees and lots of overgrown shrubbery, most of which needed to go. Knowing Steve’s taste Jim settled on a “contemporary Asian landscape with a bit of rustic flair.” He began with a backdrop of indigenous ornamental trees such as dogwoods and redbuds and a screen of evergreens.  He then splashed in some textural and architectural interest with a variety of lacey Japanese maples and year-round architectural interest with various conifers such as hemlocks, spruce, pines and false cypress and broadleaf evergreens such as boxwood and holly. Also knowing that Steve did not have time for a lot of gardening on his own, he worked toward a low-maintenance landscape utilizing flows of grasses, groundcovers and shade-loving perennials with only a few annuals to add an occasional pop of bright color.

Particularly important throughout the entire process was the importance of having a landscape that remained picturesque from the windows of the home 12 months a year. “The grasses are gorgeous in the winter when they glisten with ice and snow,” Steve notes.

Before the work could truly begin, however, Jim needed to solve a drainage issue involving the property. “Steve used to get a lot of water through here,” says Jim, noting the high-to-low, east-to-west grade of the property. Following the natural contours of the land, Jim created a fairly elaborate, but natural looking, rock-lined drainage trench that he tweaked occasionally with boulders to keep the water flowing through a main channel. While utilitarian in purpose, the drainage system appears to be simply a rocky pathway through the rustic landscape, Steve happily notes.

Due to their long-standing association, the two have developed an easy working relationship that the two describe as a truly collaborative process. “I give Jim some general ideas of what I am thinking about,” explains Steve, “he will give me two or three concepts depending upon how big or small the project.”