There are Caves... and then there are "Caves"

In the wine world, the word cave has two different and equally tantalizing meanings. 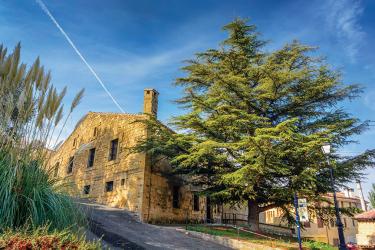 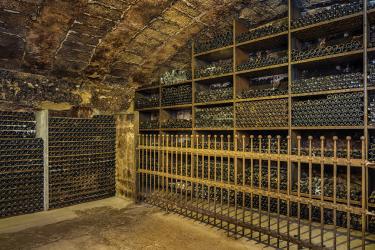 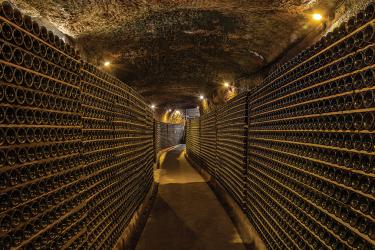 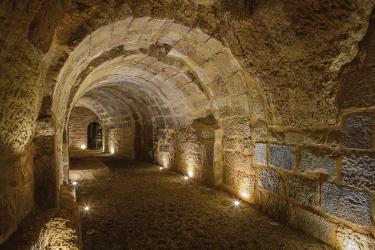 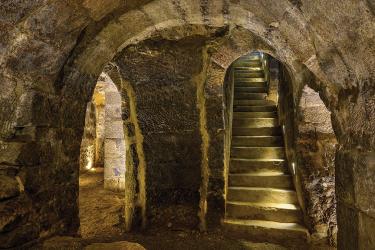 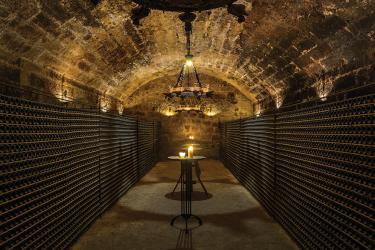 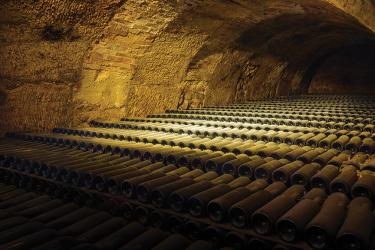 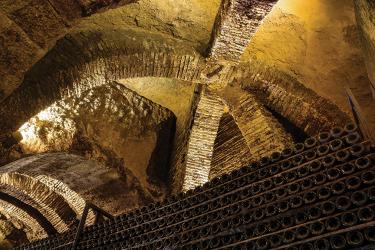 In some quarters, especially among spelunkers, Missouri is known as “the cave state.” It has over 6,000 registered caves, and there are likely many more buried deep within the earth, primarily in the Ozark Mountains but even in Hannibal, Jefferson City, Springfield and around St. Louis.

The natural ingredients needed to create a cave are in great abundance here – springs of various sizes caused by abundant rainfall flowing downhill through uneven terrain and limestone, a mineral that can be dissolved by groundwater continually assaulting it. It’s the deterioration of the limestone that creates a cave, as well as the stalactites, stalagmites and other cave formations that make caves so fascinating.

In the wine world, the word “cave” has two different and equally tantalizing meanings for wine afficionados. It’s most common use is to refer to a wine cellar, either in a restaurant or in one’s home, where bottles are stored or laid down, some for many years, until they are considered ready to be consumed. This is often determined by consultation of wine guides that list vintages of the world’s best wines and when they should be hitting their peaks. Some very old restaurants and estates have traditional caves, sometimes actually carved out of the stone and earth beneath the building, though today’s temperature-controlled state-of-the-art caves make them more accessible and not uncommon in high-rise apartments or even on larger sailboats or cabin cruisers.

Caves other meaning really makes wine-lover’s pulses quicken, for it conjures images of underground warrens of connected rooms at wineries around the world, where their libraries (bottles of vintages usually going back to whenever – and sometime before – the winery was founded) are housed. Especially in France, Italy, Spain and Germany, where most of the world’s oldest wineries are found, remarkable caves snake underneath towns and cities where the wineries’ headquarters might have been or are beneath or nearby to the wineries themselves. Almost all of them were created, not by streams and limestone (though both are found in the composition of the terrior of many wine regions), but by the hard labor of digging with picks and shovels and, by the mid-19th century, with dynamite.

As wine family fortunes rose and fell through the decades, many of these amazing caves have fallen into disrepair or totally collapsed.   In Spain’s famed Rioja wine region, the legendary Conde de los Andes wine caves (“calados de los gallegos” in Spanish) is a perfect example.

Dating back to the 15th century, it was built into the foothills of the Sierra de la Demanda mountain range near the small town of Ollauri.  This impressive engineering feat by Galician quarrymen is considered both an early example of geological knowledge and a masterpiece of traditional architecture.

During the 20th century, these caves, holding upward of 300,000 bottles dating back to 1892, were a showpiece of the region with visits from wine connoisseurs and celebrities such as Ernest Hemmingway. But, by the turn of the 21st century, the ravages of time and neglect were apparent, and heartbreaking for Javier Murua to see. With his family, Javier own Bodegas Muriel, Vina Eguia and other well-known wineries in Rioja. As it has become their mission to preserve the region’s rich wine history, the Murua family bought Conde de los Andes in 2014 and recently completed an ambitious two-year restoration project.

Part of the project, cataloging and tasting through the historical vintages in the cave, would be the dream job of oenophiles the world over. The closest they will be able to get to this is to secure a bottle of the limited number that the Murua family is releasing from the cave to celebrate its reopening. Less scarce, and easier to find, is a red Tempranillo wine under the Conde de los Andes label…the first release with this winery’s name in many, many years.

Pairing the wine’s complex fruit flavors with some slices of oven-roasted roast beef and Arroz de Verduras (a paella-style rice/vegetable mixture that can be served as a side dish or on its own) is a great way to help Javier and his family celebrate the rebirth of a remarkable Spanish cave, whether you enjoy exploring caves or sipping what comes out of them.