The Piedmont in Summer

Home to the Nebbiolo grape, which is transformed into one of Italy's most precious wines, Barolo. 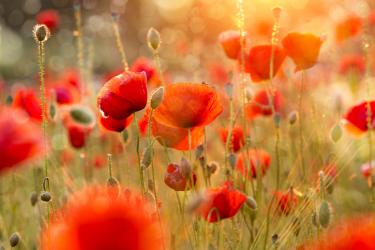 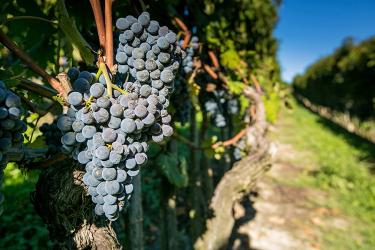 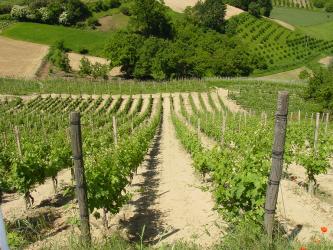 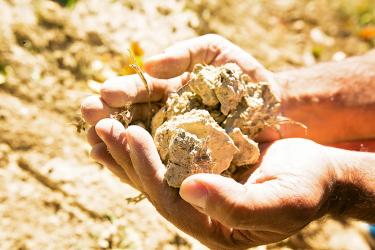 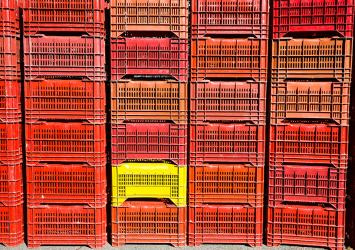 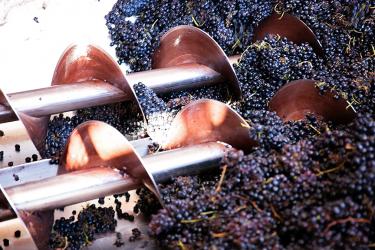 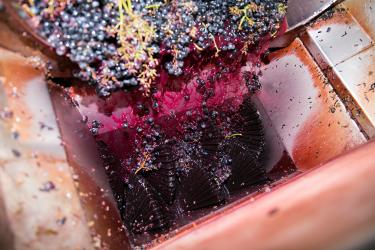 It’s a joy to drive through the Italian wine region in Italy’s Northeast, known as the Piedmont. Especially in early summer, when the landscape looks like an Impressionist painting – the poppy fields dotting the hillsides are an explosion of delicate, bright-red flowers, interspersed with the many vineyards that are just starting to show what will become a green-leaf canopy sheltering the amazing, mostly deep purple grapes.

Of course, for wine lovers the world over, the Piedmont is especially exciting because it is the home of the Nebbiolo grape, which, come harvest time in the fall, is transformed into one of Italy’s most precious wines – Barolo.

Bel Colle, a well-known winery from the Verduno area in the Alba district, from where many of the best Barolos come means “wonderful hill” in Italian. It certainly is a wonderful place as the mansion, winery and wine cellars sit atop a hill from where – on a clear day – you can see many miles of vineyards and fields awakening and transforming through the seasons.

Founded in the late 1970s, Bel Colle was recently bought by Luca Bosio, whose family has been growing grapes and making wines in the nearby Asti section of Piedmont since the mid-1960s. As a trained winemaker, Luca was thrilled to be able to make wines from a different part of the region, and especially from this particular area, where there is an unusual microclimate and geology that is especially congenial to the growing of Nebbiolo. Local growers, like Luca’s grandfather and father, known as men of the land for their expertise with the terroir of the Piedmont, can pick out Barolos from Verduno by the fragrant and delicate bouquet, body and flavor. For them, wines like Bel Colle have such a unique personality among Barolos that it’s like the wine’s birthmark.

As a winemaker, Luca also is very excited to be able to work with a grape that is native specifically to the Verduno area. Called Pelaverga, the red grape was brought to the region in the 17th century by a native son of the area who became a priest and cultivated it mostly for religious and medicinal purposes. It almost disappeared in the 19th and 20th centuries due to disease and pests like the well-known Phylloxera scourge that decimated grapevines all over Europe.

Today, there are only around 37 acres of Pelaverga vineyards in Verduno. The scarcity of the grape has led to them being called the region’s precious pearls. The wine – younger, fruitier and spicier than Barolos – is personified as a young, adventurous knight, lively and light-hearted, a little saint and a little devil, in the court of King Barolo. Luca Bosio suggests serving it with risotto dishes, particularly any that include earthy ingredients like Italian mushrooms (Portobello and Cremini are fairly easy to find in the United States) or seafood. Perfect fare for summertime dining.

But, don’t discount serving the bigger, more robust Barolos over the summer. A porterhouse or T-bone, rubbed with garlic and marinated in a little extra-virgin Italian olive oil, that is waiting for the grill will be even more satisfying with a Barolo like Bel Colle’s Simposio in the glass next to it on the summer dinner table.

Add a vase filled with a variety of early-blooming summer flowers and your table, like the hillsides of the Piedmont, will be reminiscent of a Monet.

Directions:
In a saucepan, warm the broth over low heat.

Warm 2 tablespoons olive oil in a large saucepan over medium-high heat. Stir in the mushrooms, and cook until soft, about 3 minutes. Remove mushrooms and their liquid, and set aside.

Add 1 tablespoon olive oil to skillet, and stir in the shallots. Cook 1 minute. Add rice, stirring to coat with oil, about 2 minutes. When the rice has taken on a pale, golden color, pour in wine, stirring constantly until the wine is fully absorbed. Add 1/2 cup broth to the rice, and stir until the broth is absorbed. Continue adding broth 1/2 cup at a time, stirring continuously, until the liquid is absorbed and the rice is al dente, about 15 to 20 minutes.

Remove from heat, and stir in mushrooms with their liquid, butter, chives, and parmesan. Season with salt and pepper to taste.