When Your Last Name is Your Destiny

Michel Pinot always had the feeling that he was destined to work with wine. 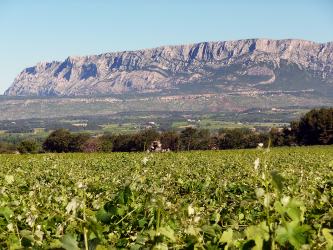 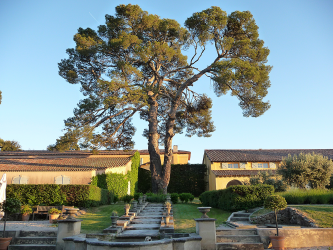 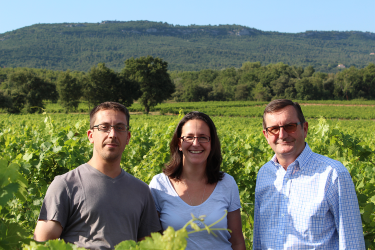 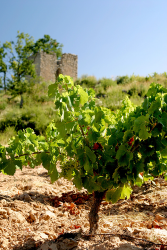 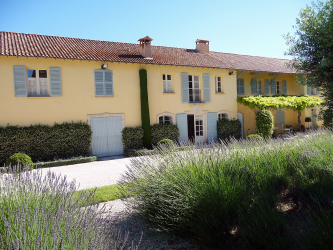 Despite not being born among the vines, this proud Frenchman had a long-held dream to take his love of wine to a whole new level. In 2000, after 30 years working for the retail giant Carrefour, Michel left to make something that looms large in his country’s culinary identity – and to be true to his own passion and surname.

He bought 321 acres in the Vallee de l’Arc, in the heart of southern France’s Provence region in what is considered the most beautiful terroir in the countryside. A chateau dating back to the late 1800s is the centerpiece of this property, known as Chateau Ferry-Lacombe, which was owned and farmed by the Ferry family for nearly 380 years. From 136 acres of vines come Grenache, Syrah and Cinsault grapes for the rosé wines for which Provence is justifiably famous.

Provence’s proximity to the French Rivera, long the playground of the beau monde (especially artists, writers, musicians and, starting in the 1920s, movie stars), gave the area its glamorous cachet. After World War II, the air of celebrity intensified with the founding of the Cannes Film Festival, bringing a new wave of the rich and famous to France’s south coast. Provence’s particular fame was cemented with the British author Peter Mayle’s books from the 1990s, as everyone yearned to spend an idyllic “Year In Provence.”

This spotlight on the South of France helped propel Provence’s light-pink to salmon-colored wines to worldwide popularity. French rosé took on the personality of a sophisticated world traveler on holiday – it became the “red-ish” dry wine to drink chilled when the weather is warm and sunny, from the deck of your yacht anchored in the harbor at Nice or from the deck of the pool in your St. Louis back yard.

Since 2010, Michel’s son Matthieu has been making Ferry-Lacombe’s wines from native French grapes, including the Naos Rosé – a blend of Grenache and Syrah – and Haedus, in which he adds some Cinsault to the Grenache/Syrah blend. The Mira Rosé comes from mixing Grenache and Cinsault.

The labels have a modern, distinctively feminine touch that comes from Michel’s daughter Alexandra, who was a grocery buyer for a number of major French retailers before she joined the family winery a few years ago. She long has understood that the most attractive labels and packaging are what make food products, including wine, stand out on a retailer’s shelves. As they celebrate the winery’s 15th year, Michel and his children are bringing his dream, wrapped in light-pink deliciousness, to American rosé lovers.

At the chateau, which Michel calls home, Mattheiu and Alexandra (who live about 15 minutes away), are often around the dining-room table, discussing some aspect of the winery’s operation or the logistics of bringing Ferry-Lacombe wines to the world. Naturally, there is always food and wine on the table, including such Provencal classics as ratatouille (the famed vegetable skillet dish with eggplant and zucchini as the main ingredients), bouillabaisse (the seafood stew created by fishermen in Marseille) and daube (the French version of beef stew). Rosé offers a refreshing complement to any of these dishes, as well as most grilled meats, especially lamb, which is also abundant in Provence), and more exotic Asian and Middle Eastern cuisines.

And, to add a decidedly American note to rosé/food pairings, French rosés are perfect to drink with Turkey-based dishes at Thanksgiving and other holidays, as well as when you’re eating any kind of turkey sandwich...hot, open-faced with gravy; as a grilled panini with provolone cheese, or cold, inside a ciabatta roll with cranberry sauce or mayonnaise.

Though rosé wines are enjoyed year-round, there is something special about uncorking a bottle while the summer’s heat lingers into September.   With a mache salad, authentic bouillabaisse and fresh French bread to sop up the liquid in the bottom of the bowl, you may feel like you’re actually eating on the patio of your own chateau in Provence.