A Wildwood family lives and learns off the healthy crop they nuture and grow in their own backyard. 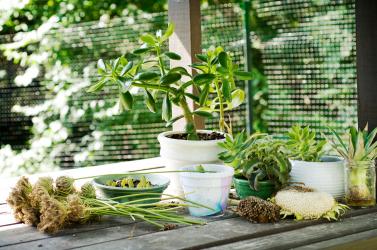 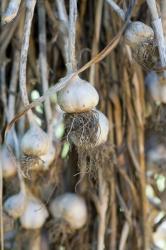 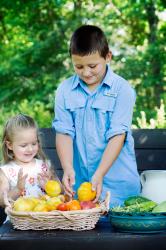 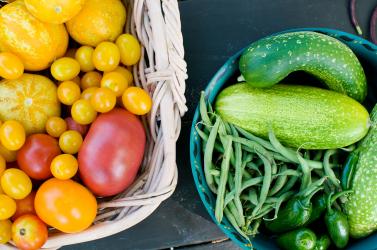 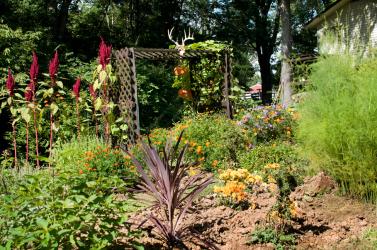 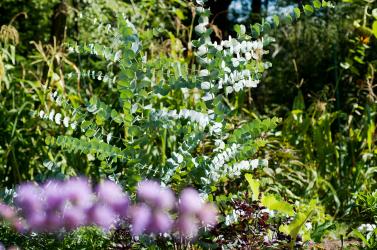 Editor’s note: With work done outside, this is the time of year gardeners begin to dream about next year’s plantings. This charming garden began as a personal, then family, project that the parents and also their children now wish to share with a wider audience. To protect their privacy, they have requested we not use their names. You can read more about the family’s gardening adventures, accompanied by beautiful photography, at www.spygarden.com.

“Let me show you our garden,” the wavy-haired 3-year-old offered just seconds after I stepped out of my car. She grabbed my hand and purposefully marched me down the slightly sloping side yard of her Wildwood home. We headed toward a large, colorful enclosure filled with plants. Around it, light but sturdy wire fencing kept the garden inside safe from deer living in the nearby woods. Her 8-year-old brother plus Mom and Dad trailed behind us. Once inside, we settled on comfortable, handmade wooden chairs, a refreshing pitcher of ice water not far away, and the tale of how the undulating vista before us took shape.

It began in 2010, well before the 3-year-old came into the world, when multi-talented Mom, an English and art history major, who also holds a nursing degree, looked at her yard and saw an art project.  Earthwork artists, such as the late Robert Smithson and Michael Heizer, who push huge mounds of dirt into sculptural forms, fascinated her. So did Richard Serra, who juxtaposes sheets of metal with natural settings. With them in mind, Mom decided to try her own hand at earth sculpting as “a way to change the landscape artistically.” She cut swaths and swirls into the earth and mounded dirt until the effect pleased her.

How to finish it off? She planted flowers, of course, but the real bonus was planting “lots of beautiful veggies” she beams. They were literally the icing on the earth-made cake. “It’s really all about the art. The crops are an extra benefit. (The garden’s) been a chance for our kids to learn where food comes from. There is a lot of difference in seeing a tomato in your kitchen and seeing one come off a plant in the garden,” she says.

From the very beginning, the kids have been instrumental in planning and caring for the garden. The 8-year-old came up with the unusual name: “Spy Garden,” at the garden’s inception.  “We planted tall plants like corn and sunflowers around the outside of the garden to frame it,” Mom explains. “He said we should call it ‘Spy Garden’ because we could be inside the garden and ‘spy’ on the outside world.”

Each year the garden grows with the addition of different beds and shapes and the positioning of plants for their beauty as well as their use.  A teepee-shaped trellis provides a form for squash vines, including an heirloom variety with orange, potato-like flesh known as an “upper ground sweet potato.” Thomas Jefferson is known to have sent seeds to a friend calling it a “potatoe-pumpkin.”

Bright-red ‘Rouge Vif D’Etampes’ pumpkins dangle from a lattice arbor that also frames a garden vista centered with gray-green eucalyptus and frothy asparagus foliage. The decorative and highly edible squash were the most popular pumpkins in the Central Market in Paris in the 1880s and were used as the model for Cinderella’s coach. Mom crocheted string supports to help carry the pumpkins’ weight and keep them attached to the stem and the arbor.

“I love heirloom varieties. The more unusual and the more weird-looking the better,” she says. “I’m growing a flower in my garden called love-in-a-mist from seed that dates back to a monastery garden in the 1300s. I look through seed catalogs for plants that are different, rare or have an interesting history. I love to try new things.

“I have great luck with French varieties but not everything grows the same way each year,” she points out, noting the differences in temperatures, rainfall and other factors. “Some years the eggplant is good; other years it’s the squash that’s great.” A favorite catalog for interesting varieties and heirlooms is from Baker Creek Heirloom Seeds in Mansfield, MO.

Because they encourage the children to eat the vegetables right from the garden, Mom and Dad garden without pesticides, relying on strong scented plants such as marigolds, mint and a number of herbs to deter pests. The kids, Dad notes happily, are not picky and will eat all the vegetables they watch grow and ripen.

Everyone has their favorite plants. The 3-year-old favors cucumbers. For the 8-year-old it’s pumpkins, particularly an "Atlantic Giant" that Dad estimates could weigh 80-90 pounds. Dad loves the berry bushes. Mom is fascinated with amaranth, a little known but all-around good plant (resembling a giant celosia), which can be grown as a grain but also has edible leaves and stems and is closely related to beets, Swiss chard and spinach.

Dad initially wasn’t sure about the continuing garden expansion and the swirls of artistic expression, “I just wanted to cut the grass,” he quips. He is now 100 percent behind all the efforts.

“I love it,” he adds. “It’s really good for the kids.” The parents estimate that the entire family spends at least an hour every evening working in the garden.

“Garden walks are mandatory,” the parents agree and the kids affirm. The entire family relishes the chance to survey the results of their hard work and watch nutritious and beautiful food taking shape right before their eyes. “Often we just walk around and look at the plants,” Mom says. “You can learn a lot just by looking.”