Blending a variety of characteristics makes this garden paradise perfect for the family. 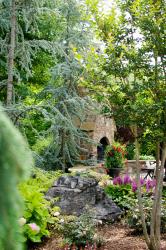 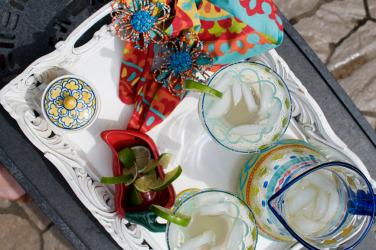 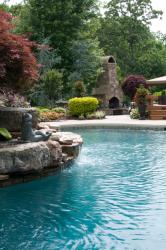 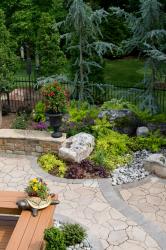 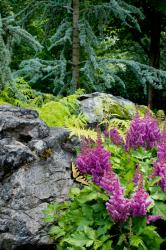 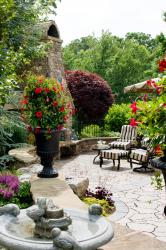 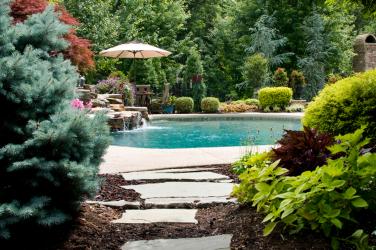 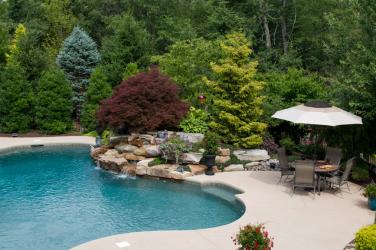 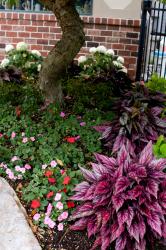 Big pops of color, easy maintenance, while also comfortable and relaxing…could all three of these goals be combined in one landscape?

When they moved into their brand new home in Wildwood 15 years ago, these homeowners hoped they weren’t asking for the impossible. They had just purchased three acres of property, and they needed to be practical. With four children under the age of 10, they knew they had no time to manicure a landscape. Yet, this was their “forever” home. They wanted it, and the grounds around it, to be inviting; a place where their family and friends wanted to come and relax. Even more, as the children grew up, the couple wanted their home to be a gathering place for their children and their children’s friends.

To accomplish this seemingly impossible task they turned to Chris Passiglia, whose family has been in the nursery/landscaping business since 1950, first on Broadway in the city of St. Louis and more recently in west St. Louis County.

Together with Chris, they began slowly, first simply landscaping the area at the front of the traditional, European, two-story house with its brick and stone facade. Three years later, they added a swimming pool, waterfall and hot tub in the back yard. Five years ago, working with Chris and Passiglia’s Nursery garden designer Christine Knoernschild, they finished the patio area by adding an outdoor fireplace. A majestic line of evergreens also was planted along the perimeter of the woods at the back of the property. “There’s a wonderful flow from the pool to the hot tub to the fireplace,” the homeowner notes.

From the very beginning of the project, Chris and the homeowners looked to trees and shrubs to make the garden magic happen. They spent hours walking though the nursery, discussing plants and picking out favorites. Ultimately, they selected conifers with strong blue-green or yellow-green needles and interesting sculptural forms. Silvery "Blue Atlas" cedars and golden yellow "Skylands" spruces are two favorites.

Tapping into the wealth of exciting plants that hybridizers are constantly turning out, Chris and the homeowners opted for variegated boxwoods and hollies rather than those with solid green leaves.

Japanese maples with either strong red or yellow-green foliage helped anchor the landscape. Two standouts are "Crimson Queen" with a weeping habit and vibrant red color and sculptural "Viridis," with lacy foliage that emerges as a light orange, turns vibrant green as summer progresses and finishes off in fall as a dark red. For even more “wow” factor, they tapped into new versions of standard plants that have interesting leaf color as an added bonus.  Rather than an ordinary redbud, they selected "Rising Sun," a stunning new variety featuring bright apricot to yellow leaves at the tip of every branch. Rather than the common white-flowered, spring-blooming deutzia, they opted for deutzia "Chardonnay Pearls" with golden foliage that simply glows when backed by a large blue spruce. Bloom-A-Thon azaleas that bloom in spring and repeatedly flower in summer and fall provide almost continual impact.

While an innovative and knowledgeable selection of trees and shrubs is a great way to cut down on garden maintenance, it does not eliminate all upkeep, particularly with the tricks that weather can play.

This past winter weather was a case in point. Like many St. Louisans, these homeowners lost plants, most likely due to the continued duration of the cold. Particularly hard hit were plants that are marginal in this geographic region, such as crape myrtle, and broadleaf evergreens, including boxwoods, hollies and rhododendrons.

Should this next winter turn out to be as severe as the winter of 2013/14, there are steps that homeowners can take to protect plants, particularly newly planted shrubs, Chris notes. In addition to planting shrubs such as crape myrtle in protected areas, homeowners can also spray the leaves of boxwood, hollies and rhododendrons with an anti-dessicant such as Wilt Pruf in late fall and again over the winter. Evergreen foliage continues to lose moisture even when frozen. Anti-dessicants slow the release of moisture and help the plants survive.

While all gardens require some care, this lower maintenance landscape has allowed the homeowners to open their home as a gathering place while their children grew up. “All of our kids were swimmers, and we had before-meet pasta parties, after-state parties and graduation parties,” the homeowner recalls.

Now that their children have grown up, the tradition continues. “This year, the night after our youngest came home from college for the summer, I looked out the window at 10:30 p.m. and saw a parade of headlights coming up the street,” she says, delighted that their home is still a gathering place. With two of their children now engaged to be married, the homeowners are planning even more future family celebrations.