One of the most highly regarded wine regions in Spain, Rioja is home to the Murua family, which produces Bodegas Muriel, Vina Eguia and Marques d'Elciego wines. 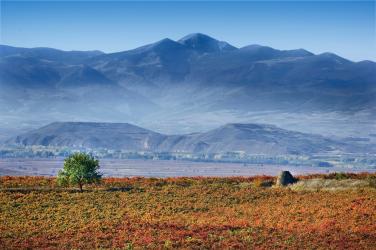 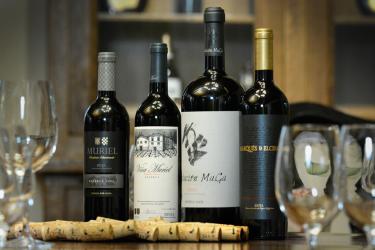 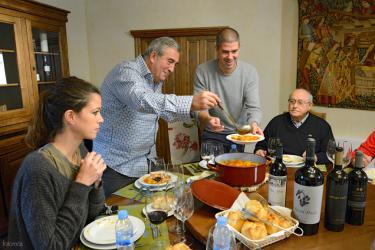 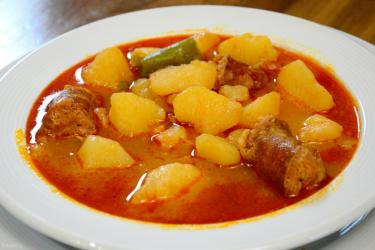 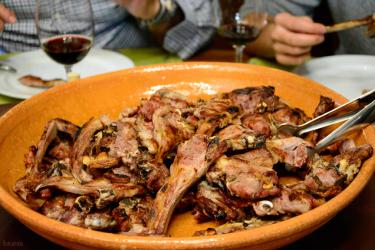 Spring officially begins on March 20. Depending on how brutal the winter has been, here in St. Louis there may be few signs of the season of renewal aside from the start of major league baseball.

But, in Rioja, one of the best-known and most highly regarded wine regions in Spain, spring is quite evident in nature as the warmer climate sparks leaves peeking out from juniper bushes, almond and olive trees, and the first buds appearing on the grapevines that cover much of the valleys and hillsides in the northern part of the country.

The prime sub-region for the best grapes is the Rioja Alavesa, which is closer to the Sierra de Cantabria mountain range and at a higher altitude than the rest of Rioja, with most of the vineyards lying north of the Ebro River. Some of the oldest and most respected bodegas (wineries) in Rioja are within the Alavesa, and the picturesque town of Elciego is considered the center of this sub-region. Naturally, when spring arrives and the vines start coming to life, it is time to celebrate and to make plans.

Wine families from this region, such as the Murua family (producers of Bodegas Muriel, Vina Eguia and Marques d’Elciego wines), will bring up a few of their older vintages from one of the oldest cellars in the Alavesa to enjoy over family meals with traditional Rioja dishes as they strategize how to move forward in the new season.

While Spain produces some excellent, aromatic white wines, the backbone of the industry is red wine, and mostly from one particular variety – tempranillo. Barrel aging is the key to making great Rioja. It is so important that the Spanish government created the special designations of Crianza, Reserva and Gran Reserva, appearing only on those wine labels that are aged in oak a minimum of 12 months (Crianza), 15 months (Reserva) and 21 months (Gran Reserva).

So, a wine like Bodegas Muriel Reserva 2008 spent the greater part of 2008, all of 2009 and some of 2010 resting in French and American oak barrels (a total of 24 months) and then an additional two years in its bottles. The wood gives the wine a distinctive vanilla and spice flavor that blends extremely well with the natural red fruit flavors of the fermented grape. It’s no surprise that a well-known Rioja dish like grilled baby lamb chops – cooked over a wood-burning fire and served with red peppers cut into strips, tossed with garlic, parsley and Spanish olive oil and roasted in the oven until limp – are perfect with this wine.

Spicy dishes also complement Rioja-style tempranillo. Another traditional recipe that is ideal for the Vina Eguia Crianza 2008 (a venerable old Rioja winery that the Murua family took over a few years ago) is potatoes Rioja style with chorizo. Garlic, onions and chorizo sausage are sautéed with potatoes and given a final “kick” with Spanish paprika. The dish contains all the ingredients for an amazing cold-weather side dish at dinner, or even a stomach-filling lunch, paired with a green salad, scallion ribbons, cherry tomatoes, large, pitted Spanish green olives and shavings of Spain’s famous Manchego cheese (even better if the cheese is aged seven months or more).

Spanish foods with Rioja wines make for great meals any time of the year...when there’s still a chill in the Missouri air, or when the warmer winds of spring come calling.