Italy's "Heel" Steps Up During the Holidays

The Salento peninsula lays claim to lush farmlands that yield some of the finest olive trees and grape vines in the country. 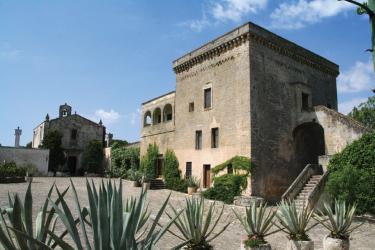 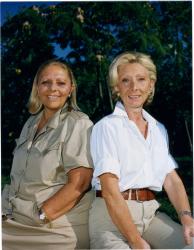 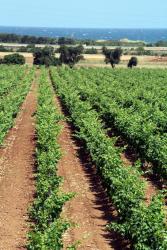 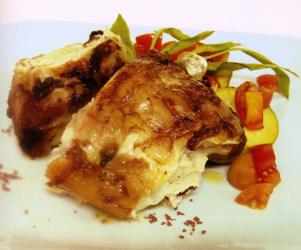 Italy is probably the longest peninsula in the world and certain the only one shaped like a boot. The heel of the boot forms another much smaller and thinner peninsula of its own called the Salento. It is the southernmost part of Puglia, bordered by the Ionian Sea to the east and the Adriatic Sea to the west. While not as well-known to tourists as many other Italian regions, natives travel here for the most pristine, sandy beaches in Italy and for the dramatic landscapes found along the shore with amazing white limestone rock formations rising out of both seas and the remains of ancient coastal towers that were built in the 15th and 16th centuries as watchtowers against attack from the water.

The Salento peninsula enjoys a Mediterranean climate, so in November and December the temperatures can be as warm as the mid-70s, a far cry from St. Louis, but nearly perfect for a holiday vacation. This less-traveled region also lays claim to lush farmlands that yield some of the finest olive trees and grapesvines in the country. If you’re traveling along the olive tree-lined back roads of the Brindisi, in the heart of peninsula, you’ll likely drive past a 15th century castle called Serranova. You might even see the two Vallone sisters, Vittoria and Maria Teresa, whose family has owned the winery and vineyards since 1934, or famed consulting winemaker Graziana Grassini, out among their more than 600 hectares of farmland that belong to the family.

During the holidays, the castle and its treasure trove of antiques are not adorned with the grander decorations found on and in American homes. It is much more likely that a wreath of olive branches or grape vines from the property, festooned with berries and even starfish or shells from the nearby beaches, will be hanging over the castle’s many fireplace mantels.  Castle Serranova, like many large homes of the time period in predominantly Catholic Italy, has a beautifully restored private chapel where the Vallone family has celebrated many a Christmas Eve Mass followed by a holiday supper in the dining room.

Like the holiday decorations, much of the holiday dinner’s bounty comes from the farm or the sea. Baccala alla Salentina is not the average dried cod served by most Italians on Christmas Eve, but a special recipe where the dried and salted cod is sprinkled with breadcrumb s, pecorino cheese and fresh tomato, then baked in the oven with potatoes to a golden crispiness.

Another Salento delicacy is what they call milk lamb (baby lamb raised only on mother’s milk) that is very tender. The leg of this young lamb is marinated for 12 hours in dry white wine, together with herbs like laurel and myrtle (an ancient spice found in abundance in Mediterranean areas like the Salento peninsula – rosemary can be substituted if there is no myrtle available). It is then wrapped in caul fat, another ancient ingredient that is actually a thin membrane of fat from pigs or cows, which melts into the pink meat during 40 minutes of baking. Very thinly sliced strips of easier-to-find lardo will also work.

Slices of this tender lamb are usually served with medium-sized potatoes cooked in ashes. Now practiced in some of the world’s top restaurant kitchens as a cutting-edge way of cooking whole, unpeeled potatoes, cooks on the Salento have been using for centuries the ashes from olive tree branches that are burned in the outdoor barbecue pits found in the yards of most homes in this region.

A traditional pasta dish of region features the famous orcchiette ear-shaped pasta that was first made on the Salento. Usually combined with olive oil and garlic-sauteed broccoli rabe, or fresh tomatoes and ricotta cheese, these little cups of pasta are amazing with a simple broccoli and anchovy sauce, where small pieces of anchovy are sautéed in garlic-laced olive oil. The anchovies melt into the oil, leaving a delicate fish and salt flavor.

Zeppoles, the addictive balls of fried dough that are ubiquitous at Italian street fairs in the U.S., also had its start in this region. Here, it is either fried or baked, and then the taster can personalize the sweet by filling it with cream or chocolate or both as a dessert treat.

Wines from this region, like those the Vallone sisters are producing, are made with native Italian grapes like negromaro or montepulciano. Their Graticciaia is a spicy red wine made only from negromaro with dried fruit, tobacco and vanilla flavors that make it a perfect match for the baked baby lamb. As a prelude to the holidays, on November 11, the people on the Salento celebrate the end of the harvest with a feast called Vinello. The peninsula comes together to taste the fruits of their labors from this harvest’s wine – and to open bottles from the previous year.

Like a real Salentino, the best way to work off all the feasting is to break into a Pizzica – the vigorous folk dancing of the region, similar to the Tarantella.