Living alongside the Los Lingues vineyards in the Colchauga Valley region of Chile, the Undurraga family of Vina Koyle are a wine dynasty. 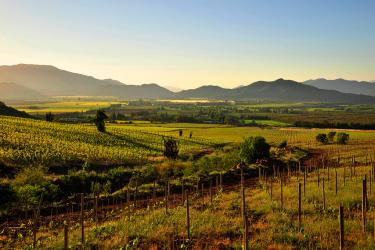 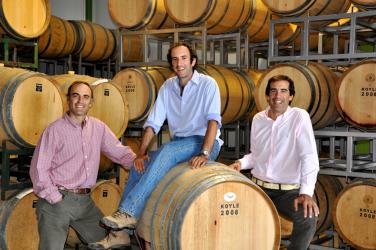 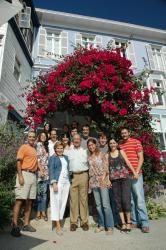 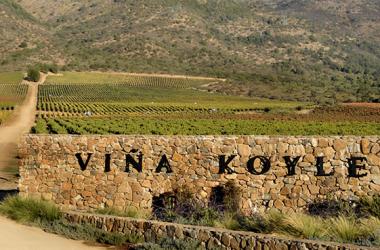 We hear the words “pure” and “natural” so often, particularly in reference to food and drink, that we tend to dismiss those terms too readily when, in fact, they can be exactly the right adjectives to use.

For instance, Cristobal Undurraga and his family live right alongside the pristine Los Lingues vineyards in the Colchauga Valley region of Chile, in the foothills of the famed Andes Mountains. It is the best vantage point for this meticulous winemaker to appreciate the need to follow nature in the pursuit of making pure Chilean wines for Vina Koyle, which he owns along with his father, Alfonso Undurraga MacKenna, and two brothers, Alfonso and Max. They are the sixth generation of what can be rightfully called a Chilean wine dynasty and yet have eschewed the conglomerate mentality of their ancestors to get closer to the roots of their family’s original passion for crafting wines that speak to their place.

Cristobal has looked to the bounty of the land around him, the grass-fed beef on his neighbor’s farms, the fresh seafood coming from local rivers and streams (as well as the cold waters of the Pacific Ocean that laps up on Chile’s shores), the Chilean fruits and vegetables that are grown in the area and sold at the nearby markets. It is with this mandate to nature that Cristobal and his entire family approach winemaking. His father, brothers and he chose these vineyards in 2006, soon after they sold the world-famous Undurraga wine brand, for their superior terroir and the possibility that the vines could yield grapes of exceptional quality, without much intervention. In 2008, the first fruits of their labors were born in the shape of both a Cabernet Sauvignon and a Syrah, and they are hoping to take the vineyards into the organic and biodynamic realm within a few years.

Even the wine’s name is a testament to nature and sense of place. “Koyle” is the native Chilean Indian name of the beautiful purple native plant that grows next to oak forests and blossoms with a much-demanded fruit. An endangered species, it can be found in the highest of the vineyards that the family own.

The vineyards are often the scene of large family gatherings and parties, such as patriarch Alfonso’s 74th birthday bash, which was attended  by his children, grandchildren and many other relatives and friends he has made over his many years as a force in the Chilean wine world. A whole roster of traditional Chilean foods, from spicy beef and cheese empanadas (meat pies, made from local beef), to the famed Chilean Sea Bass (called Patagonian Toothfish in Chile and line-caught in frigid Pacific waters not too far from Antartica) baked with Moho Sauce (a delicious mix of garlic, onions, cumin, black pepper, olive oil, lime juice and vinegar), and Maduros (oven-baked sweet plantains) were served at this feast, well-paired with the family’s best wines.

While your authentic Chilean feast won’t feature produce quite as locally sourced as  the Undurragas above, Missourians can now buy Chilean fruits and vegetables, Chilean Sea Bass and even some meats like lamb in local grocery or specialty food stores. Or, better yet, replicate the aforementioned Chilean dishes with as much local produce as you can find. Add a bottle of luscious Chilean red wine, and you can enjoy a pure and “natural” Chilean food and wine experience.