In the early 1900s, Boston-based Warren H. Manning was one of the most sought-after landscape designers in the United States. 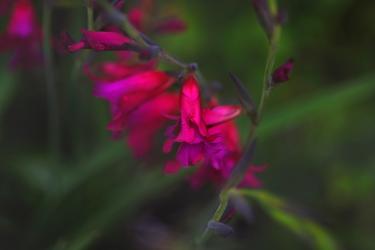 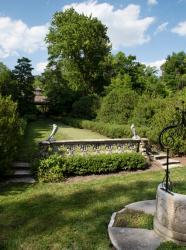 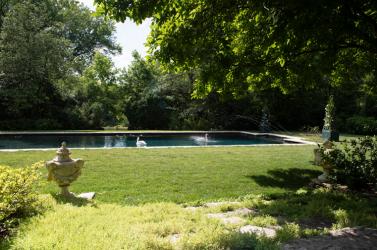 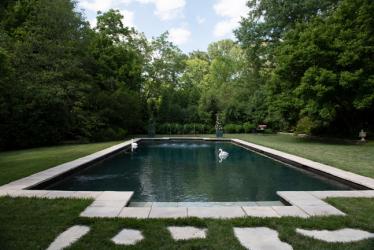 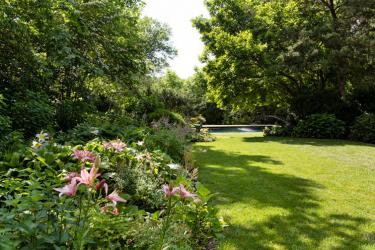 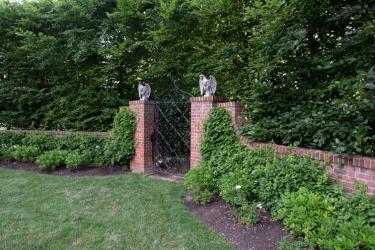 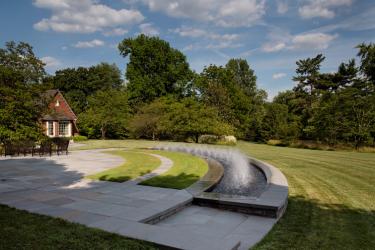 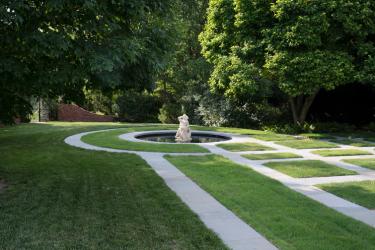 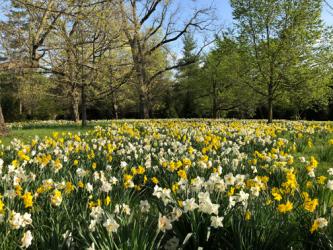 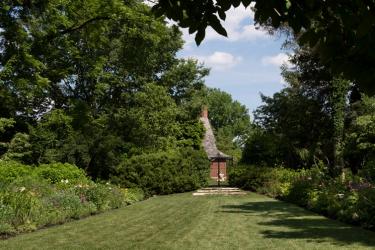 For most people, daffodils bring back memories. Visions of their bright yellow trumpets are ingrained in our minds as one of the first signs of spring. Their staying power is legendary. Properly planted and undisturbed, a daffodil bulb settled into the earth the 1920s is likely to still be producing flowers in the spring of 2020.

That is why when this St. Louis County homeowner heard Jason Delaney speak at her garden club in 2005, she immediately asked for his help. Jason at that time was a horticulturalist at the Missouri Botanical Garden, where he was affectionally known as “bulb boy” for his knowledge of bulbs and his work in renovating the Samuels and Heckman Bulb Gardens. He had quickly gained an international reputation as leading expert on daffodils and at time he met the home-owner, had recently helped host the American Daffodil Society convention in St. Louis.

A guardian of a family legacy, the homeowner had charge of a large property that included several acres of historic gardens. She needed help with the daffodil display dating back to the 1920s. “My grandmother was a great gardener. She had a field of daffodils. When I was a child, I enjoyed picking them with her,” she recalls. Those memories with her grandmother led her to her own love of gardening.

Since that initial contact, Jason has overseen the planting of 25,000 to 30,000 daffodil bulbs on the multi-acre property, particularly those that bloom later in the season when the homeowner is in St. Louis. Now heading his own company, Professional Horticultural Serivces, Jason has gone on to help the homeowner reclaim an restore her multi-acre property originally designed by Warren H. Manning.

In the early 1900s, Boston-based Warren Manning was one of the most sought-after landscape designers in the United States.

Manning had spent the early years of his career under the tutelage of Frederick Law Olmsted, considered the father of American landscape architecture, whose work can still be seen in New York’s Central Park, the Biltmore Estate in North Carolina, the United States Capitol and what remains of the 1893 World’s Columbian Exposition in Chicago.

At the turn of the century and having learned from the master, Manning had enough clients to branch out on his own, and his fame eventually spread throughout the country, including St. Louis. He was a firm believer in a more naturalistic approach to gardening and the use of native plants and naturalistic groupings. Those ideas went against the tried and true formula at the time, which favored more formal, symmetrical designs and the heavy use of garden ornaments and statuary.

Devotees of what were termed Manning’s “wild gardens,” celebrating the smallest details of a landscape including lichens and fungi, included such still recognizable names as Milwaukee’s Gustave Pabst and Adolphus and August Busch.

In Manning’s words, "I would have you give your thoughts to a new type of gardening where in the Landscaper recognizes, first, the beauty of existing conditions and develops this beauty to the minutest detail by the elimination of material that is out of place in a development scheme by selective thinning, grubbing and trimming instead of by destroying all natural ground cover vegetation or modifying the contour, character and water context of existing soil."

This St. Louis County homeowner is the third generation of her family to live amidst a garden designed by Manning, which still bears all the hallmarks of his ideas. She is continually vigilant in her efforts to maintain both the vision Manning created and his philosophy of working with natural vegetation.

Paved walkways are kept to a minimum in favor of stepping stones and expanses of grass. The swimming pool is simply edged in stone and appears to have been dropped into an expansive lawn. On the way to the pool, historic perennial beds border a wide, lush, green living walkway. Grass and vistas keynote the striking circular terrace off the back of the home, where a more recently added panorama of fountains, designed by St. Louis architect Chip Reay, are kept low so as not to obscure the view. Even on the hottest of days, the gardens reflect a verdant, cool serenity.

The peony and boxwood garden dates to the 1920s. The pure white peonies planted there are something she treasures. When improvements needed to be made, such as the addition of a pool house, she has worked with architects to create structures that live lightly on the land and seem to have been in place for generations.

As any gardener knows, maintaining a garden, not to mention an historic one, is harder than it might seem. Heat and cold, too much rain or too little and the natural life span of even stalwart perennials means there is always change within the parameters of a treasured design. The homeowner can recite a litany of garden trials such as “the ground hogs trying to kill my peonies, the deer destroying everything and the St. Louis challenge of clay soil and extremes of weather.”

In recent years, she has called again on Jason to help with the overall restoration of her garden. After more than 20 years at the Missouri Botanical Garden, Jason had left to work as a horticulturist at Bellefontaine Cemetery and Arboretum. Established in 1849, the parklike cemetery covers 314 acres and is certified as a Level II Accredited Arboretum. While there, he concentrated on preserving and adding to the cemetery’s collection of native and historic plants that would reflect the acreage’s origins.

When he left Bellefontaine to establish his own firm, that knowledge and interest in historic and native species made him a perfect fit for the homeowner’s desire to preserve Warren Manning’s garden vision and design. “I have been trying to go with more natives; that is the way gardening is focusing now,” she says, pointing out that natives are better adapted to handle weather extremes and climate change. Together they have removed invasive honeysuckle that was choking out some of the original designs and plantings and added ornamental trees and shrubs. Each new discovery of Manning’s original vision, augmented by her work with Jason, has delighted the homeowner. “Jason has made a big difference in my garden,” she says.

From the fields of daffodils on, her garden provides a reflection of each season. “I love seeing the early spring ephemerals (that die back as the weather warms); I love waking up in the morning and walking into the garden to see what new surprises there are for me after that; I love planning ahead as to how the colors, the textures, and the combinations of flowers will work together as if creating a painting,” she reflects.