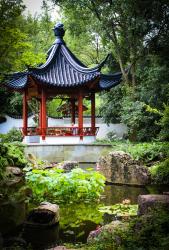 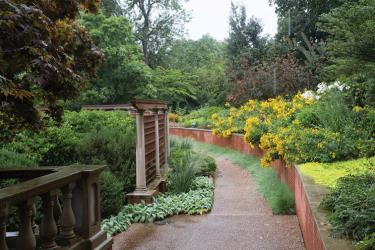 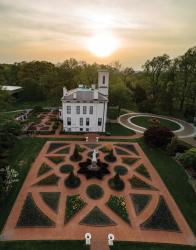 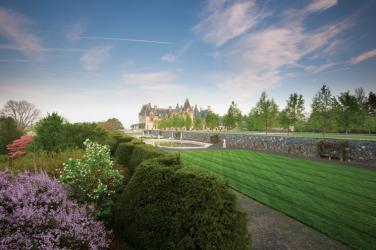 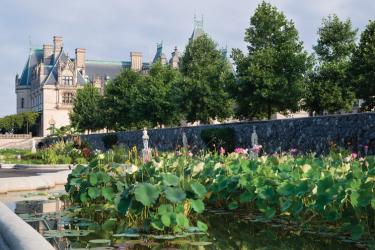 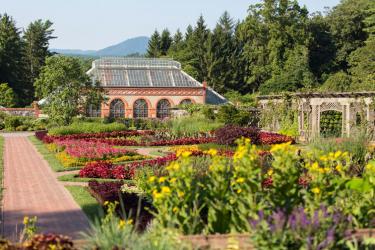 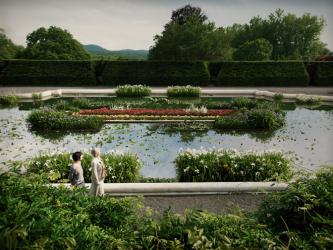 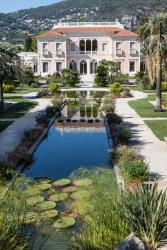 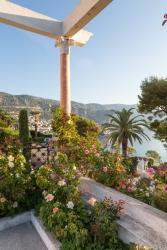 Henry Shaw, an 18-year-old Englishman, came to St. Louis to sell hardware and cutlery; by the time of his death, he’d have planted the seed that would grow into the Missouri Botanical Garden, a National Historic Landmark and beloved jewel of St. Louis history. The woods and prairies around St. Louis were still largely untouched in 1819, the year of Shaw’s arrival. The story says that one day on a leisurely ride, Shaw found a stretch of untouched land that he decided to make his own. After 40 years of living in the St. Louis area, he opened his land to scientists and horticulturists such as Dr. George Engelmann, a great, early American botanist. Together, they created one of the first botanical gardens in the United States. Today, the Missouri Botanical Garden, which opened to the public in 1859, offers several different types of garden areas such as formal, demonstration and internationally styled. They also offer a range of classes for visitors to teach them the importance of plant conservation and sustainability, two ideas that Henry Shaw was very passionate about in his lifetime. Come out and visit a garden, attend a class or be blown away by one of the Missouri Botanical Garden's events!

The story of the villa and gardens of Ephrussi de Rothschild begins with tragedy. After her young marriage failed in the face of gambling and debt, Beatrice de Rothschild, daughter to a wealthy baron, moved back in with her family. Upon her father’s death, she inherited his wealth and moved to Cap Ferrat, a stretch of hilly land on the coast of France. The landscaping process took a total of seven years, and the Baroness called on Harold Peto and Achille Duchene, renowned landscapers across Europe and the United States. Because the hillside was largely made of rocks and constantly beaten by wind, Beatrice used dynamite to clear the hillside and brought new soil to her location from the mainland. When she began inhabiting her new villa in 1912, four hectares visible from the house were not yet landscaped. She did this so she could plan her gardens in person and visualize how they’d look from her window. The grounds contain nine different themed gardens for guests to enjoy, all connected with a path. Every year, the gardens of Ephrussi de Rothschild opens its doors to painters who want to feel inspired by the gardens in an event called The Painters’ Day.

George Vanderbilt knew that he wanted to build his country estate in the Blue Ridge Mountains as soon as he laid eyes on the area in 1888. He was the grandson of the industrialist Cornellius Vanderbilt and strove to build a home and surrounding gardens that would live up to his grandfather’s legacy. Vanderbilt enlisted the help of America’s famous landscape architect, Frederick Law Olmstead, to create both formal and informal gardens for his family, friends and guests. Olmstead worked alongside Vanderbilt to make the grounds a lush example of conservation. One feat they undertook together was planting the first-ever managed forest, or a forest made and manicured toward long-term sustainability. Today, Biltmore Gardens strives to preserve Vanderbilt’s and Olmstead’s love for conservation and sustainability through its six acres of solar panels. Expert horticulturists work daily on the assortment of gardens on the estate, the most famous being the rose garden, which features more than 250 breeds. Vanderbilt’s daughter opened up the estate to the public in 1930 to help increase tourism to the area during the Great Depression, and its grounds and gardens have been bringing joy to its visitors ever since.