The Noguchi table transcends the decades to bring natural style into luxury homes. 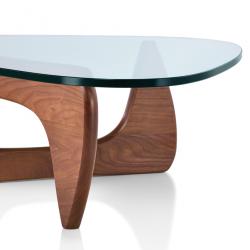 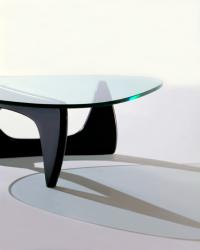 The history of the Noguchi table starts in art. Isamu Noguchi, a Japanese-American industrial artist and designer, created a similar table for the president of the Museum of Modern Art in 1939. So impressed by Noguchi’s original design of the table, the Herman Miller Furniture Co. contracted Noguchi to design another.

This second table, known now as the Noguchi table, uses a design model called biomorphism. Biomorphic furniture draws inspiration from nature; Noguchi used naturally occurring patterns and shapes in his work to mimic living organisms and nature as a whole.

Though his focus remained on biomorphism, Noguchi created a freeform sculptural base from walnut, birch and cherry wood. The table was so unique in comparison to other products on sale in the 1940s that it was sold as a “sculpture-for-use,” and it quickly became the most striking and functional form of bringing art into both residential and office spaces.

The Noguchi table was a new infusion of modern art in a post-war America. Modern furniture is largely defined by its lack of heavy decoration. The period of artwork and furniture itself focused on commodification, practicality and cutting excess. Pre-war furniture was largely ornamental, using dark, carved wood and patterned fabrics to convey a sense of power to visitors. After World War II, the furniture took on more minimalist principles, ditching the dark wood and heavy patterns for the simplicity of curved glass and crisp metal. The Noguchi table follows these modernist rules in a more artistic way than most, attributing to its long-lived popularity throughout the United States.

A biomorphic glass top lays lightly on top of the simple and elegant table base as the Noguchi table stands the test of time in luxury homes all over the world.