A peek into the oldest parts of town 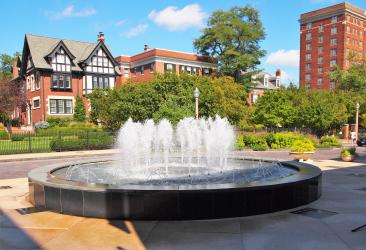 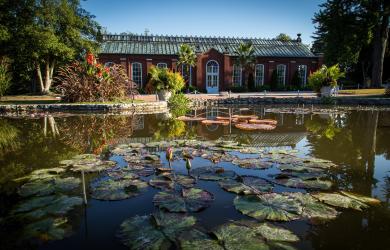 As the Gateway to the West, and a once booming hub for cross-country travel, St. Louis holds an abundance of Midwestern culture and history. St. Louis’s historic neighborhoods can give residents and visitors a look into how St. Louis began.

The Hill is well-known for its Italian restaurants, bakeries and businesses that make it the go-to place to look for a perfect date night. Its small shotgun style homes are quaint and inviting. The initial rush of Italian immigrants settled in the Hill in the 1830s, and they brought their culture with them to this beautiful and exciting part of St. Louis. If you’re new to St. Louis, the Hill is the perfect place to get your first taste of the city. The Hill is the birthplace of the Lou’s favorite food: the toasted ravioli. T-Ravs remain a predominantly St. Louis staple, so head to the Hill to get the best ones around.

The Central West End holds historic and beautiful city homes and apartments. A wide variety of brick-clad homes have housed authors such as T.S. Eliot and Tennessee Williams. The Central West End is a dining destination as well as the place to go for high-end shopping. Want to take a stroll around the Central West End's walkable streets? There are many activities available to you in walking distance, including the Holiday Window Walk, which takes place in December.

Tower Grove began as a largely commercial part of town formed around streetcars, making travel to and from work simple. However, Tower Grove began to suffer when its big businesses began moving outside city limits. In the 1990s, residents and businesses began slowly reversing the decline of residential buildings to mirror the area’s social and cultural changes. Tower Grove Park now holds the Pride March to show St. Louis’s growing support of the LGBTQ community. Now considered a safe neighborhood with grand historic architecture and many small businesses within walking distance, Tower Grove is another premium place to live in St. Louis, especially for culturally accepting individuals.

Wealthy citizens began buying plots of land in what is now Lafayette Square in the early 1800s. The area fell from glory when a tornado devastated it in 1896 and continued to decline during the Great Depression and World War II. However, residents began buying and renovating the oldest homes in Lafayette Square in the 1970s to bring life back to the neighborhood. Full of color and architecture that can only be found in Lafayette Square, the homes and shops in the area are worth a visit. Now, most homes have been restored and residents enjoy shops and restaurants close to home.