Sculptor
The Studio of Abraham Mohler 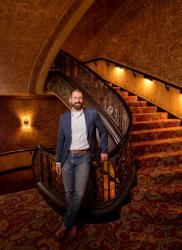 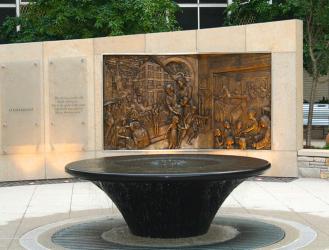 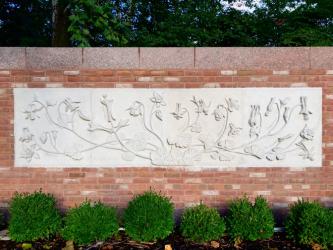 SLHL: Please share an experience that was a major influence on your career decision.
Abraham: I was a junior in college, visiting the National Gallery in D.C. I was in the great sculpture hall, standing in front of two works by 19th-century French artist Jean Baptiste Carpeaux. I was captivated by the way he had turned stone into flesh. That was the moment when I knew I wanted to spend my life trying to make artwork like that.

SLHL: What has been the biggest compliment you've received in your career?
Abraham: This is tough to choose, but one that sticks out was the very first major purchase of one of my sculptures, which was purchased by a woman who was blind. It might sound like a crude joke at first, but on second thought is a very profound compliment to a sculptor.

SLHL: Who has been the biggest influencer in your career?
Abraham: The biggest influencer in my life and work was easily my grandfather, R. Brownell McGrew. On a personal level, he was the venerable patriarch of the family and I grew up in awe of him. On an artistic level, his paintings of the Arizona landscape and his portraits of Navajo and Hopi formed in me an expectation of what my art should look like. His ouvre inspires me to be mindful of what I’d like to leave behind. In his case, he left for posterity a visual record of a people and culture that is very nearly extinct. On a professional level, he reached a pinnacle of success that I aspire to. I can see in the arc of his career a story that lines up with my own experiences and helps me believe that there is a pathway to success.

SLHL: What was a project or experience that was a turning point in your career?
Abraham: In the summer of 2007 I started looking for my first studio space, one that would be suitable for carving stone. I was led to an incredible space with beautiful light, good access, a massive I-beam and hoist system built for handling stone. It was big! As was the financial obligation. At the time I signed the lease, the monthly rent was more than I had ever made in a single month to that point. That was either faith or foolishness, depending on who gets to make the call. What it did for me, though, was force me into making more business-like decisions and commit to what I was doing since there was so much more at stake than before. Within just a few months I landed my first major commission, which came to me by virtue of being in a legitimate art studio and looking the part.

SLHL: Tell us a story from your childhood where your creative design genius kicked in.
Abraham: As a kid I loved to draw horses. I figured I was pretty good at it for a person of my age and stature and so I was always excited to bring my latest drawing to show my grandfather, thinking I was going to get lavished with praise. I never did. He generally would grunt in his gruff sort of way that my latest greatest drawing was “not bad.” Then he would tell me to go back out to the corral, look more closely and draw it again, supplying me with all the paper and pencils I could possibly want. I don’t know about genius, but the part that I’m proud of is that I did it. Many others may have given up after the rough handling, but his method worked for me. I never earned his praise, but I did get better at drawing! In the end, the work ethic is probably worth more than the genius.

SLHL: What does it take to achieve a high level of success before 40?
Abraham: Work and grit. Providence. Patient landlords. Patient wife and supportive children. Courage to face the questions in your stomach over whether or not it’s gonna work out this time.

Get to know our other 5 Under 40 winners.