After losing a beloved elm tree that was more than 100 years old, this gardener started fresh to bring new life to her Clayton landscape. 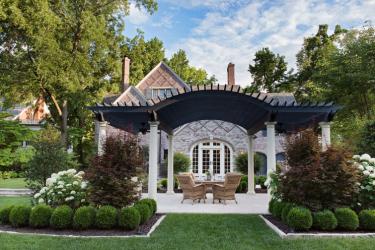 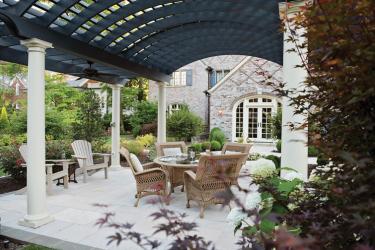 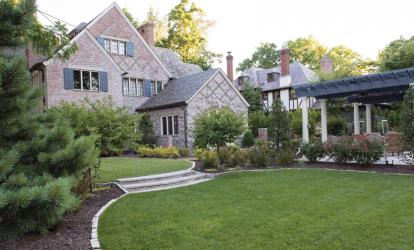 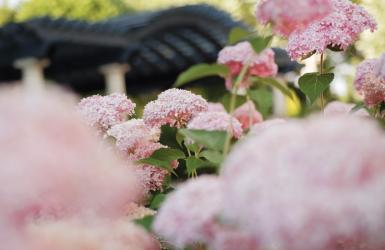 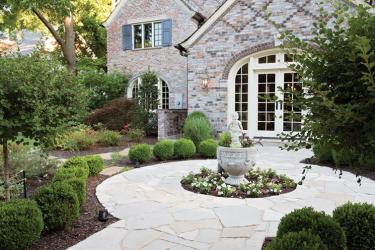 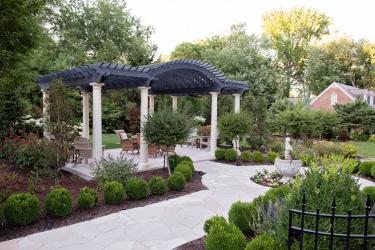 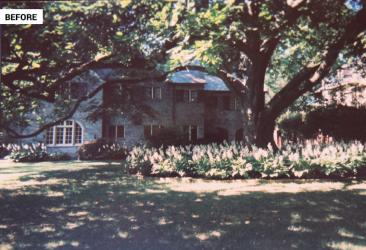 Beyond water and sunlight, gardeners know that time, patience and a little planning are imperative to a beautiful and healthy landscape.  They also know that sitting back and waiting for the product of their toil to spring from the soil is painstaking, especially when plantings are new and the garden requires actual years to take shape.

In Clayton, no gardener may know this better than Karen Stern. “The previous owners kept records of everything,” Stern says of her home, which was purchased in 2007. Within those records were notes on the property’s magnificent —and massive —elm tree. “It was believed to be the oldest elm tree in Missouri. It was around for the World’s Fair!”

As the home was renovated from top to bottom, Stern paid close attention to the tree and the community of established hostas that called its base home. “We did everything we could do to protect it,” Stern explains, “It was the focus of the yard.”

Past-tense framing aside, you can guess what happens next. In 2012, the old elm began to fall apart and die. Within weeks, the hostas did too. “We had to start over again, and find a company to design a new landscape for us. That’s when we picked Frisella,” she says.

Tony Frisella Sr. of Frisella Nursery understood Stern’s loss. “It’s like losing a member of the family, almost,” he sympathizes. “When old trees that have been around since the house was built are suddenly gone, it’s a big job to start all over again.”

But Frisella and his team were up to the task, planning a traditional English garden with a contemporary flow of hearty boxwoods, drift and shrub roses and hydrangeas. With an emphasis on color and longevity, Frisella selected plants that would — in time — fill the empty spaces and require minimal annual maintenance. “Trimming, cleaning—I do all of that on my own,” Stern explains. “I’m a gardener myself so my main concern was that it wasn’t overwhelming. I’ve made some changes here and there as it’s filled in because, as a garden owner, you have to be observant to see issues as they come up. The landscaper and nursery won't always be there. But [the garden] has started to fill in, and I knew it would be a process.”

In addition to the plans in and around the yard, Frisella worked with Stern to add life around a new pergola built by Higginbotham Custom Homes & Renovation and designed by Tao + Lee, the St. Louis-based design firm Stern swears by. Bushy greenery and colorful perennials accentuate the structure, which grounds the space while drawing the eye upward to rounded beams and soft angles. Though it doesn’t replace the elm tree, it shifts the focus and creates a new center to observe and enjoy. “It actually provides a lot of shade, and during the summer we eat most meals under the pergola,” Stern says. “I love sitting out there and looking at the garden.”

Though it’s taken nearly five years to establish, the Stern’s maturing garden is filling out and holding its own in the absence of the beloved elm tree. “It sounds strange, but it was really depressing when we lost the tree,” Stern says. “But I’ve really enjoyed seeing the garden as it’s grown and doing my part in maintaining it.”