Two wine families celebrate more than a century in the business. 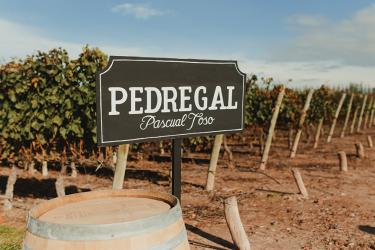 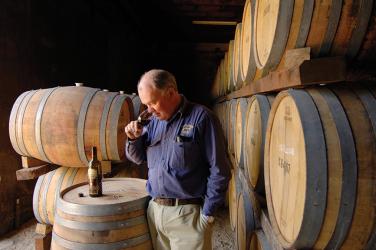 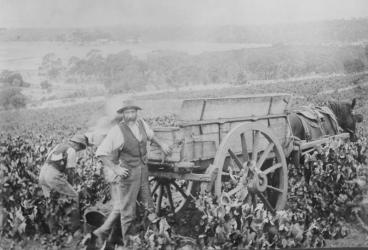 A worker finishes picking grapes in the windmill paddock at Kay Brothers. 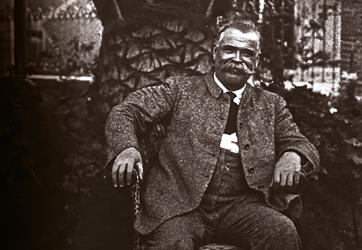 Kay family at The Homestead. 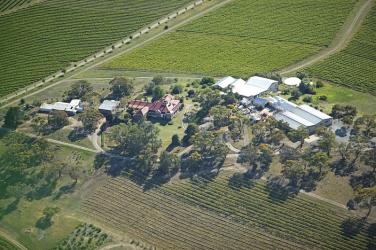 Do you know where your ancestors were 126 years ago? You may know what country they were in; you may know what their profession was or, like many of us, you may have little information at all about them.

The owners of two different wineries on two different continents can pinpoint where their parents or grandparents or great-grandparents were in 1890. Depending on the time of the year, they can probably tell us almost exactly what they would have been doing and probably can point to a spot on the grounds of their vineyards where those ancestors were walking or working on a given day.

Both Pascual Toso, in one of Argentina’s prime grape-growing areas within the famed Mendoza wine region, and Kay Brothers, hailing from another well-known region, McLaren Vale in Australia, celebrated the 125th anniversaries last year of their respective wineries. It is an anniversary milestone very few companies attain, let alone wineries hailing from countries outside of Europe.

Looking at the few photos that both wineries have from the beginning transports one back to a time of single-blade plows and carts still pulled by horses, steam engine tractors, and workers using large straw baskets to hand-pick the clusters on the then-young vines. Today, at both wineries, some of those vines are now 100 years or older and producing grapes (still picked by hand) that are the backbone of both wineries’ top-tier wines; Pascual Toso’s Magdalena red blend and Kay Brothers’ Block 6 Shiraz.

Pascual Toso was an Italian immigrant born and bred in one of Italy’s most famous wine regions, the Piedmont, home to Italian Barolo. He brought the Piedmont’s winemaking traditions and techniques to premium land in Maipu, in the Mendoza River Highlands. At his estate there, called Las Barrancas, or small canyon, Pascual summoned the family’s winemaking prowess inside him to choose an area that he suspected could produce some of the best wines, not only in Mendoza, but in all of Argentina.

That same year, in the same hemisphere (but to the west of South America), British ex-pats Herbert and Fredrick Kay bought their Block 6 vineyard in the fertile McLaren Vale region, less than 25 miles south of the South Australian city of Adelaide in the foothills of the Southern Mt. Lofty Range. The winery complex itself is at the top of a hill with a stunning panoramic view of the picturesque valleys and hillsides. The original parts of the winery and the antique-filled family homestead were built in the early 1850s, predating the founding of the actual Kay Brothers wine label. Third and fourth generation Kay family members can trace the founders’ movements with a remarkable diary that lists the day-to-day activities of the winery from its start to present day.

Both wineries celebrated their 125th Anniversaries with ceremonies in the vineyards for family and friends. Kay Brothers held an Easter Day afternoon tea under tents and offered the rare opportunity for non-family members to tour the family Homestead, while Pascual Toso announced the creation of a special 125th Anniversary Red Blend of the country’s signature red grape, Malbec, with Cabernet Sauvignon and a touch of Syrah from the 2015 vintages, available only in 1.5 litre bottles. They are hoping to have it ready in time to be sold during the upcoming Christmas holiday season.

Certainly, any wines from these two fabled wineries that have survived and thrived through three centuries are a wonderful way to accentuate a dinner celebrating your own anniversaries, be they of weddings, years on the job, or even a corporate anniversary, like the magazine in your hands, which is celebrating its 20th anniversary this year.

Both Pascual Toso and Kay Brothers are known for their robust red wines…perfect as the we move into winter, and heartier, warming dishes are being prepared. With a late October wedding anniversary, I’m not adverse to celebrating with my husband over an oven-roasted duck (with a Bing cherry glaze), fresh ham (with fennel-seed studded sauerkraut cooked in the pan with pork) or leg of lamb, with a garlic rub and accompanied by fresh spinach, sautéed in garlic-infused extra virgin olive oil and flecks of red pepper. If not the aforementioned flagship wines from both wineries, Pascual Toso’s Malbecs in their three labels (Estate, Reserva or Alta), or a Kay Brothers Basket Pressed or Hillside Shiraz, are all fine pairings for all any of the above anniversary feasts.