All things to everyone, Sub Zero Vodka Bar is the ultimate surf-and-turf haunt for parties with diverse tastes. 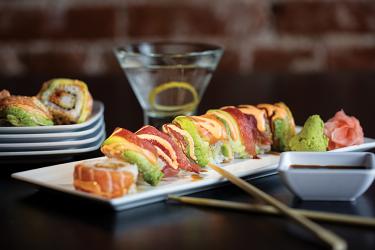 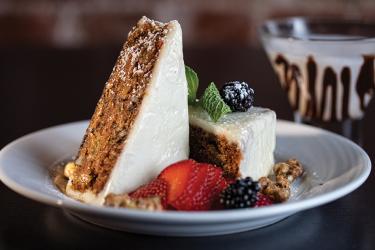 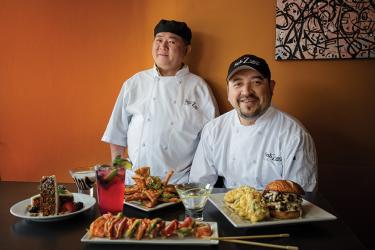 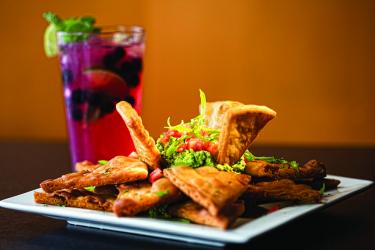 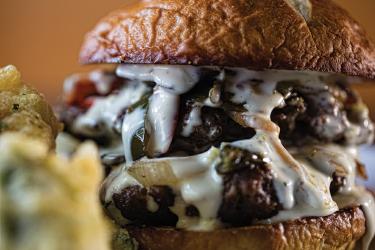 Don’t call Sub Zero Vodka Bar a bar, or a restaurant for that matter—it’s so much more than either. Yes, it’s the go-to for any and every vodka a heart could desire, but it’s also the kind of eclectic eatery where the sushi connoisseur can sit elbow-to-elbow with a dining partner who craves a classic American cheeseburger.

“We basically have two full kitchens,” says Derek Gamlin, who co-owns Sub Zero with his brother, Lucas, “the burger, and the sushi.” Prime examples of this dichotomy include the popular World’s Fair Burger (black Angus beef topped with bacon, jalapeno cheese sauce and roasted bell pepper and onions on a homemade pretzel bun) and the Derek Roll (soft-shell crab and shrimp tempura roll with cream cheese, topped with avocado and sweet eel sauce), which sit unselfconsciously on the same menu.

While Chef Vu Hoang masterfully preps the sushi (“He breaks down a fish faster than anyone,” says Derek, “and there’s no waste.”) Chef Jaime Gomez Ortiz turns his talent to a burger menu that makes use of proteins ranging from bison, Angus and Kobe beef to lamb to all manner of fish and fowl.

Bread, dressings, pickles and other items are made in-house, and Derek says that, thanks to their Chicago-based fish purveyor who drives the daily catch directly to the restaurant six days a week, their sushi fish is among the freshest in the Midwest.

“Vodka is the perfect pairing for sushi. It’s typically good with tangy food like pickles—we make our own homemade pickles, and a lot of people will start there,”he says, “but people are figuring out it pairs well with fish.”

In fact, with more than 800 vodkas and dozens of sushi and sashimi offerings from which to choose, you could spend a lifetime exploring the combinations. The Gamlins and crew are happy to help in the discovery. “We like to turn people on to new things they’ve never tried,” says Derek.

If you can’t get enough of the Gamlins via Sub Zero and their other Central West End establishment, Gamlin Whiskey House, no worries: The brothers are planning a third CWE restaurant, 1764 Public House, an upscale-casual establishment that will pay homage to St. Louis flavors and fresh, local ingredients. No opening date had been set as of press time, but construction has begun to the space at the base of The Residences at Forest Park Hotel at the corner of West Pine Boulevard and Euclid Avenue.

The Cooking School Menu
Edamame Dip: Sub Zero Vodka Bar’s edamame dip is a Japanese twist on a traditional guacamole. Freshly steamed edamame is blended with cilantro, garlic, lime and a dash of salt and pepper then topped with freshly diced tomatoes. It is served with crunchy fried pita chips.

Uncle Walt’s Carrot Cake: Uncle Walt’s Carrot Cake is a Gamlin family favorite. This traditional carrot cake combines the flavors of cinnamon, vanilla and chopped walnuts into a soft cake. Fresh, local carrots baked into the mix help give the cake a dense texture. After baking it is topped with a thick homemade cream cheese frosting.

St. Louis Bellini: It’s hard to imagine a more fitting beverage to wash down a sushi brunch. This take on the bellini includes the expected Champagne, along with sauvignon blanc, St. elderflower liqueur and the soft kick of ginger vodka.